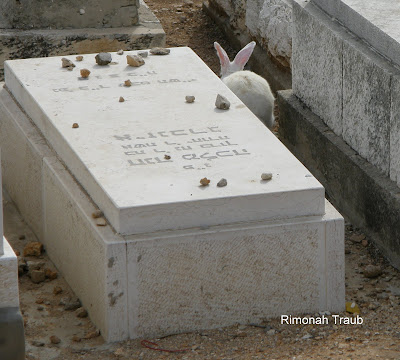 BY VARDAH LITTMANN
PHOTOS BY RIMONAH TRAUB
During the British Mandate period, Sheikh Bader was an Arab village on a hilltop in western Jerusalem and was part of the Jerusalem Municipality. The village was deserted by its inhabitants during the 1948 War of Independence. A temporary cemetery for Jews who died during the siege on Jerusalem was established there. After the establishment of the state, the area was renamed Givat Ram. The Israeli parliament building, the Knesset, was built in this area.

It is told that the Ponevezher Rav, Harav Yosef Shlomo Kahaneman, wanted to build another 18 yeshivos all over Eretz Yisrael — in addition to Ponevezh. When he first saw the magnificent fields  where the Knesset stands today, he decided this was the perfect place for one of his yeshivos. But before he could put in his bid for this land, it was appropriated by the new state, and the Knesset was built there. 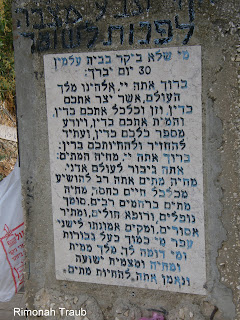 The Zhviller Rebbe, Harav Gedalya Moshe Goldman of Zhvill, zy”a, was buried here during the 1948 War of Independence, A few years ago, a member of the Zhviller Rebbe‘s family, who lived in London, had a dream. In her dream she saw the Zhviller Rebbe, who asked her to publicize that he would intercede in Heaven for those who would come to visit and pray at his tomb on a Monday, the following Thursday and again on the following Monday. People should daven that their tefillos be answered in the merit of the Zhviller Rebbe and in the merit of the mitzvah of visiting his grave — which until that time was not visited often. Today his grave is visited regularly by hundreds of people, all seeking their personal yeshuos.

To reach the tziyun of the Zhviller Rebbe, travel on Sderot Yitzchak Rabin, turn in at the Supreme Court onto 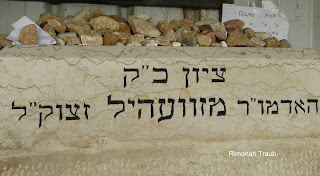 Rechov Rothschild. After 100 or so meters, to your left you will see the Zhviller Rebbe’s burial place. Go down the stone steps to enter the cemetry.


Harav Gedalya Moshe Goldman was imprisoned in a Siberian labor camp during World War II. It was a horrible, back-breaking experience. One Shabbos, the commandant summoned both the Rebbe and another Jew, a frail, old man, to his office and told them they were both free to go. All they would have to do was sign some documents and they would be released. Rav Gedalya decided he could not desecrate the holy Shabbos and therefore refused to sign.

The commandant, furious, screamed and threatened that this refusal would mean that Rav Gedalya would
never be released. The Rebbe was adamant that he would not sign. Concluding that Rav Gedalya was insane, the commandant then asked the old man to sign. The old man also refused to sign. Claiming that the two Jews would rot in the camp, the commandant retrieved the papers. Before he could take the forms away, though, Rav Gedalya Moshe said he would sign the papers for the older man. He explained that whereas he himself was young and strong and could survive in the camp, the other man was old and weak and would not survive.

This act of selflessness so impressed the commandant that he allowed them both to leave, without having to sign. (As heard from Rabbi Yissachar Frand) 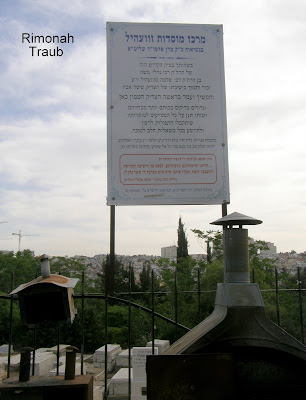 Posted by Eretz Yisroel in the Lens at 2:40 PM