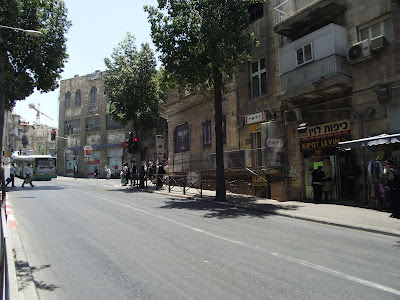 In Honor of  the Yahrzeit of Rebbe Dovid’l of Lelov, zatzal, on the Fifth of Elul

Ascending to the Holy Land

The deepest desire of the Rebbe, Reb Moshe Biderman of Lelov (1776 to 13 Teves,1851) was to settle in the . He envisioned standing at the Kosel blowing a shofar that would usher in the Messianic era.

In the year 1850, three generations-- Rebbe Moshe, his son Rav Eliezer Menachem Mendel (Rav Luzer Mendel),  and his six year old grandson David Tzvi Shlomo (Reb Dovid’l) ascended to Eretz HaKodesh and landed in Acco. They were transported on donkeys to Tzfat and Miron. By the same means of travel they then made their way up to .

It was the month of Teves and Rebbe Moshe felt the time was ripe to implement his plan to start the Geulah. He made his way to the Kosel.  A bunch of Arab ruffians blocked his way and threw stones at him and his adherents. Broken hearted, he returned to his lodgings. Feeling that the window of opportunity for Redemption had now been slammed shut, he became extremely ill and passed away three days later. It is told that for decades after the death of Rebbe Moshe, Rav Shmuel Salant never declared a fast for rain until after the 13th of Teves, the yahrzeit of Rebbe Moshe, since the Rebbe had promised to intercede in Shamayim for rain.

Transforming Napoleon’s Cloak into a Parochet

Rebbe Luzer Mendel then became Rebbe. As the Chassidic community of Eretz Yisrael at that time, was based mostly in Tzfas and Teveria, for the next few years, the solitary Chassidic court in Yerushalayim was that of the Lelover Rebbe. Rebbe Luzer Mendel took the velvet cloak Napoleon Bonaparte had given his grandfather Rebbe Dovid Biderman of Lelov (1746 to 7 Shvat, 1814), a direct descendant of Dovid HaMelech and a talmid of the Chozeh) and made a parochet for his shtibel from it. Napoleon had asked Rebbe Dovid, if he would be successful in his conquest of . The Rebbe replied in the negative. After the Emperor’s defeat, he returned through Lelov and acknowledged that the Rebbe had been correct. He then gave the Rebbe his cloak. Reb Moshe had brought this garment along with him when he made aliyah.

Rebbe Luzer Mendel was known for his long davening and devout ways. He would pray Mincha and Mariv at the Kosel each and every day. Sometimes as he stood in prayer for hours, the Arabs would throw things at him. But he was in a different world and he paid no heed to them. Who knows if he even knew they were there?

Some time after Reb Dovid’l had come to Eretz Yisrael, a Christian missionary was trying to convert Jews. The child got very upset with this missionary, climbed up on the roof, and threw some dirty water at this malevolent person. The man became violently ill and died very shortly after. 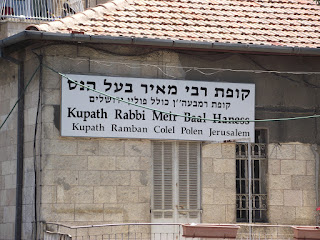 As a young avreich, Rav Dovid’l travelled back to to visit its tzaddikim. He was so impressed with Rav Aharon the Second of Karlin that from that time on, he considered himself his chassid and observed all the customs of Karlin. He helped build the Karlin Shul on Rechov Avinoam Yellin.

Reb Dovid’l in the Old Yishuv
After the demise of  his father in 1883, Rebbe Dovid’l succeeded him as the Rebbe of Lelov. He was now officially the fourth Lelover Rebbe, yet he davened in true Karliner style; at the top of his voice with vast untamed emotion.

As the leader of the Chassidic community of the Old Yishuv through World War I, he was one of the most respected rabbinical figures of the time. The official head of Kollel Warsaw, he helped established the neighborhood of Batei Warsaw. 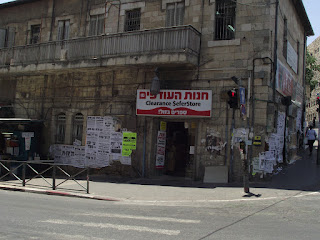 The funding for the first 36 units of Batei Warsaw came from a man whose children had gone off the derech. This man came and gave Rebbe Dovid’l a huge sum of money so he should build for the poor with it. He passed away a few days later. His children claimed he had been deranged when he gave over the money and demanded it back. They appealed to the Ottoman courts to claim that the money was rightfully theirs. 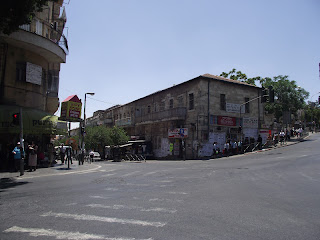 The Arab judge was so impressed by Rebbe Dovid’l, his majestic bearing, and saintly face that he ruled the money should remain with Rebbe Dovid’l. The claimants were agitated and would not accept the ruling. But then the Arab Pecha (ruler) said that Rebbe Dovid’l should build the homes for the destitute of . Later, another 60 units were added with the help of someone else’s donation. 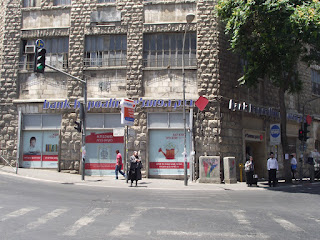 In 1886, Rebbe Dovid’l set up the Chayeh Olam Yeshiva in the to cater to the needs of the Chasidic community. Funding for this project was given by Pinchas Neminosky (Hominer).  At first Chayeh Olam was situated in the Moslem Quarter on . It later relocated to a building facing the . The 1936 Arab riots forced Chayeh Olam to move to Kikar HaShabat on top of the Bank Hapoalim where it is found today.

Rebbe Dovid’l became deadly ill on Zyin Adar 1918. His chasidim stormed the Heavens with their prayers.  When he recovered, the Rebbe told his chasdim that he had received a reprieve of six months time in order to fix up something. Rebbe Dovid’l passed away six months later; and his yahrzeit is the fifth of Elul. His grave and that of Rebbe Luzer Mendel are found close to that of the Navi Zecharia’s and Yad Avshalom. It is said Rebbe Moshe Biderman’s grave is also there but it has not been found
Published in The English Update
Posted by Eretz Yisroel in the Lens at 12:23 AM

Labels: The Dynasty of Lelov