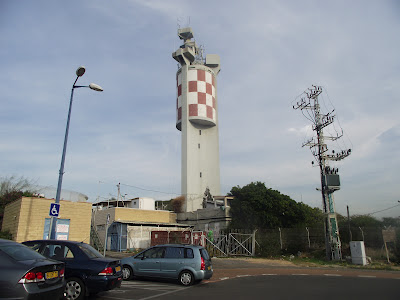 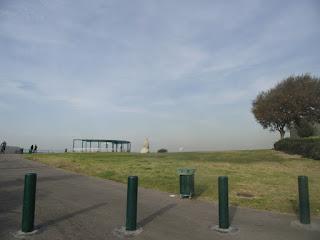 Jonah Hill is situated in the northwest of Ashdod, facing Nachal Lachish and the Ashdod Port to the north, the Mediterranean Sea to the west, and on a clear day providing a vista all the way to Ashkelon to the south. Towering 53 meters above sea level, it is the highest point in Israel’s sixth-largest city and offers spectacular views of its surroundings. The panorama of the Ashdod Harbor as seen from Givat Yonah is nothing less than magnificent. It is very relaxing to sit on the strategically placed benches at the highest elevation of the city and watch the enchanting, azure blue sea. At sunset the sight is glorious. Many large ocean liners can be seen as they approach Israel’s busiest cargo port during the week, its tall cranes silentlyn doing their job. On Shabbos the serenity is even more spectacular, as there is no activity on the wharf on the holy day; the Ashdod Harbor keeps Shabbos.

At the summit of the hill is a lighthouse (Migdalor Ashdod) that faces the port, and its light beam shines 27 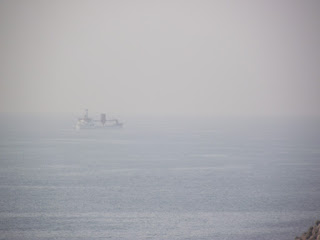 kilometers into the sea. The lighthouse was built as part of the port‘s facilities. The crystal glass used to build the lighthouse was taken from the historic Jaffa Lighthouse, which had shut down. Two water towers were built near the lighthouse. At the slope of the hill lies a garden with walking trails and an observation point.

During the British Mandate of Palestine, the British used this hill to prevent new immigrants from entering the country.

According to the Madaba Mosaic Map, Yonah Hill is the burial place of Yonah Hanavi. The 6th century 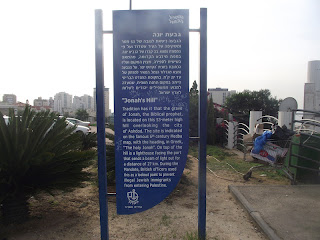 Madaba Map is a floor mosaic found in an early Byzantine house of worship in Madaba, a Biblical city that is presently part of what is today called Jordan. The map indicates the site in Greek, saying “Holy Jonah” next to the hill. The city of Ashdod is also shown in the map. There are other locations that claim traditions of Yonah’s burial place, in and outside Israel. Another local tradition claims that Jonah Hill in Ashdod was the place where the fish spat Yonah out onto land. 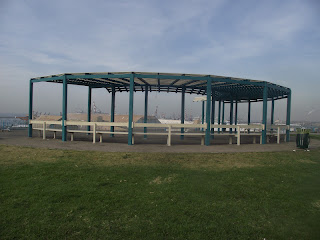 There are an unusually large number of castor-oil plants with large, palm-shaped leaves along the banks of the Lachish River, which is below Givat Yonah. Perhaps this is the kikayon tree mentioned in sefer Yonah, under which the Navi enjoyed its shade until Hashem made the tree wilt. 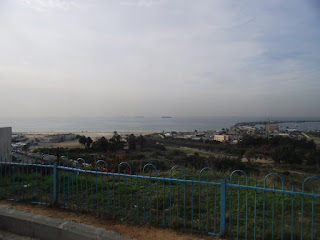 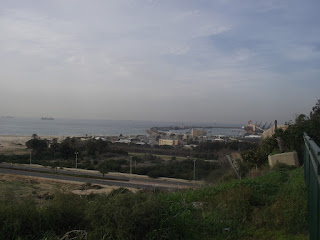 The IAA noted that the discovery of this fortress joins other finds from an excavation that took place very close to this site, in the 1960s. During that excavation, which was carried out before the construction of the lighthouse, similar wall remains were found that date to the First Temple period and Persian period. Sa’ar Ganor, the Ashkelon District Archaeologist, noted that the hill looks out onto two ancient strategic locations: Tel Mor — located in the Nachal Lachish estuary, which was probably an ancient anchorage — and Tel Ashdod. Therefore, he says, it is not surprising to find there remains of a fortress that overlooked the region in the FirstTemple period.