Amuka - One Way to Find Your Soul Mate©

A Difficult Journey
It was about thirty-six years ago that I decided to take a trip up North with five or maybe six of my friends. At the time, we were studying at Neve Yerushalaym and absolutely dying to get married. Our main destination was the gravesite of Yonatan ben Uziel to request his intervention on High on our behalf.


Since Rabbi Yonatan ben Uziel never married, it is said that he has a special merit to intercede for single men and women who are longing to find their marriage partners. His burial place is located in Amuka, near Tzfas, and it is probably the main site in Eretz Yisrael for those in search of their soul mates.


Thirty-six years ago, there were no organized tours to Amuka on air conditioned buses. We bought tickets well in advance at a little stationary store on Kikar Shabbos,(by the way the store is still there today). When we ordered our tickets, the whole school started buzzing with the news that  we were going on a trip to daven at Rabbi Yonatan ben Uziel's grave. 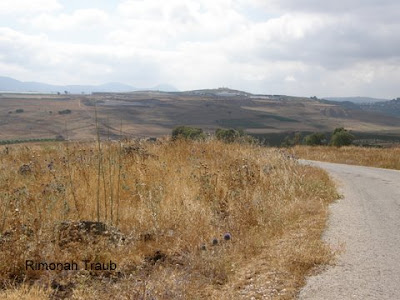 It turned out that the number of tickets sold was way over the number of places in the old decrepit van that was supposed to take us. Even though we arrived almost at the crack of dawn at our pickup spot, there were many people ahead of us in line. The seats on the van filled up leaving us to share about three seats among our group of girls. The driver gave us backless little stools for those of us who remained standing. We were forced to rotate all day long as it was most painful  bumping along the then not so well paved roads in the old truck, on these little raffia contraptions.

Not one of us got married that year, and not even one engagement resulted from that trip. Undaunted, I journeyed to Amuka again the following year. This time I took along only one friend, and we kept our trip a secret. I got engaged within the year of my second visit. I always tell my husband I had to go twice, once for him and once for me. 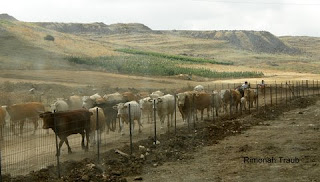 My husband’s talmid Benzion has a more interesting story about his pilgrimage to Amuka. When he arrived he start to pray with great devotion, begging for a shidduch. He seemed to be answered almost immediately when he felt a tap on his shoulder and warm breath on his neck.

"Wow, that was fast", he thought. He turned around and looked straight into the lovely brown eyes of a cow that had been grazing in the vicinity. .

Yonaton ben Uziel
The holy sage Yonatan ben Uziel is reputed to be the greatest of the eighty students of Rabbi Hillel the Elder. It is written in the Talmud that birds passing above Rabbi Yonatan ben Uziel’s head would burn from the presence of the angels who came to hear his Torah study.


To understand the caliber Yonatan ben Uzial we must realize that Rabban Yochanan ben Zakkai, who was familiar with all the hidden secrets of the holy Torah was  the smallest among, these eighty disciples. Thirty of them were said to be worthy to enjoy the Divine Presence as Moshe our teacher, another thirty were said to be great enough to have stopped the sun in its path as Yehoshua had; the remaining twenty were "in the middle" 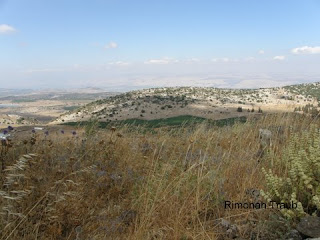 Chazal relate that when Rabbi Jonathan ben Uzziel wrote his commentary on the books of the Prophets, Targum Yonatan, a Heavenly voice called out: "Who has dared to reveal My secrets to mortal men?"

Rabbi Yonatan ben Uziel then stood up and declared: "I am the one responsible for revealing Your holy secrets to mankind. But not to do myself honor, nor for the glory of my ancestors did I do this, but solely so that the Jews may understand what the Prophets have told them." He intended to continue on and write an interpretation of the Kesuvim (Holy Writings; the third part of T'NaCh - Torah, Neviim, Ketuvim), but he was forbidden to do so; because they reveal secrets which must not be revealed till Moshiach's coming. 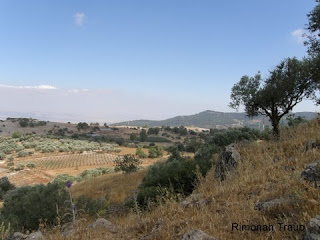 The trek to Amuka used to be much more difficult than it is today. The long bumpy road through the has been paved, and it’s no longer risky to your car to drive up there. You can also walk there from Tzfas (a two to three hour hike) through beautiful, historic hills and valleys. There are plenty of signs, but you should ask directions before you leave Tzfas.

The domed tomb of Rabbi Yonatan ben Uziel is nestled among the flowers and stones in Amuka. Inside the building are burning candles, weathered prayer books, and windows that look out on the breathtaking beauty of the hills and forest.

HOW TO GET TO AMUKA, PRACTICALLY SPEAKING
Organized buses travel to Amuka on the yahrtzeit – 29 Sivan or often on erev Rosh Chodesh.

Amuka is about a 20 minute drive from ChatzorHaglilit and 25 minutes fromTzfas, however the ride from Tzfas is much smoother and the road much better marked.  If you don’t have a private car, most taxi drivers from Tzfas (or Chatzor) will be more than happy to make the trip for a group or individuals and add their warm wishes that all prayers be answered quickly.


Published in the "English Update".
Posted by Eretz Yisroel in the Lens at 7:47 PM

Labels: Amuka - One Way to Find Your Soul Mate