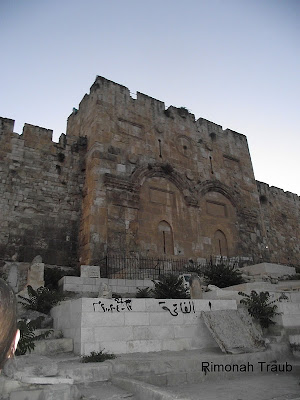 The spectacular Shaar Harachamim is found on the eastern wall of Har Habayis. If it were open, it would lead directly onto the Temple Mount. It was constructed in the 7th century by the Muslim rulers, the Umayyads, near the ruins of the Shushan Gate. (Shaar Shushan was a gate built in the time of Ezra, when the Jews returned to Eretz Yisrael from the Babylonian exile.) When Rav Ishtori Parchi came to Eretz Yisrael in 1313 and wrote his sefer Kaftor Va’ferach, Shaar Shushan was still visible, and he stated that it was “an arrow 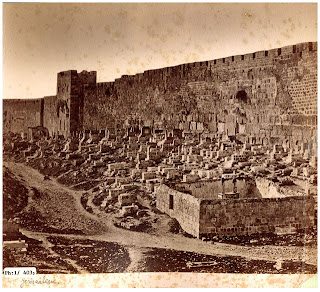 Above the Shushan Gate (which was on the lowest wall of all four walls of the Temple compound) was a relief of Shushan — the capital city of the Persian Empire under whose rule the Second Temple was built. One opinion states that the Persian government demanded this depiction. Their purpose was to instill fear into the Jews’ hearts, to remind them of the Persian exile, thereby making them submissive to Persia and thus
quelling any potential rebellion. Alternatively, the Jews themselves chose to inscribe this emblem on the gate to remind themselves of the wondrous miracles that transpired which allowed the building of Bayis Sheini.

In the chamber above the Shushan Gate were stored two measuring sticks that were used to calculate how much to pay artisans and craftsmen who worked in and on the Beis Hamikdash (repairs, building things, and the like). When first hired, the price they were to be paid was set, based on the standard amah. After completion of the task, craftsmen working with cheaper construction materials were paid by the longer stick, which was a full finger-breadth longer than the standard stick. The work of those working in costly items, such as gold and silver, was calculated by the shorter stick, which was half a finger-breadth more than a regular amah. All these workmen would receive slightly less than the true value of their workmanship from the Temple treasury, thereby precluding the transgression of me’ilah (misuse of consecrated utensils and assets). The workmen gladly consented to this system because it was a great zechus to help with the upkeep of the Bayis.
The Sages wanted the measure to be kept especially above the gate that bears the picture of Shushan, which reminds the Jews of the fear of human kings. This, in turn, would remind them to fear Hakadosh Baruch Hu in all matters concerning hekdesh and prevent them from committing me’ilah (Tosafos Anshei Shem, Keilim 17:9).

As Har Hazeisim is opposite this gate, this gate (Shushan) was the one used to take the parah
adumah to Har Hazeisim. 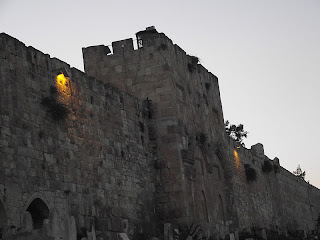 Twenty-two steps within Har Habayis lead from Shaar Harachamim into a magnificent entrance hall, decorated with unusually intricate carvings of acanthus leaves, which appear to be moving. This lobby way has six domes, supported by huge marble pillars. It serves as a large Islamic house of worship.

On the outside, the Shaar Harachamim gate consists of two archways. The southern part is known as Shaar Harachamim (the Gate of Mercy) and the northern part as Shaar Teshuvah (the Gate of Repentance). Because the gate faces the Temple area, Jews during the Middle Ages, and for some years afterward, used to walk all the way around the walls of Yerushalayim and, on reaching this gate, they would pray opposite it. It is told they prayed first at Shaar Teshuvah and then they moved to the other side to beg the Alm-ghty to show His people compassion, hence the name Shaar Harachamim.

There was a time that the Kosel was hidden fromsight beneath tons of debris, and no one knew exactly where it stood. At that time Jews prayed at Shaar Harachamim. Rav Binyamin of Tudela, Spain (1165-1173), the valiant wanderer, is known to have prayed here. Above the gate is a stone rose from the Turkish period, maybe to remind one of the Shushan gates that are in proximity. 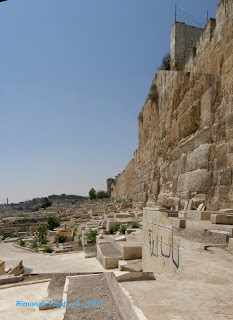 The Muslims also refer to the gate as Bab al-Rahma (Gate of Mercy) and sometimes as the Gate of Eternal Life. Christian literature refers to it as the Golden Gate and the Beautiful Gate.

Some say Shaar Harachamim was walled up by the Arabs 12 centuries ago in the year 810, while others say it has been sealed since about 1541. As to why they would think at all to block the gate, Muslims knew that Jewish tradition (based on Ezekiel 44: 1-4) states that Moshiach will enter Yerushalayim from the east. The Arabs believed he would come through Shaar Harachamim. Hoping to prevent the redemption of the Jews, they blocked the passageway with huge stones, presumably sealing the gate shut permanently. Afraid that this might not be enough to prevent the Geulah, and thinking Moshiach would be of priestly lineage and forbidden to enter a cemetery, Muslims began burying their dead in front of the gate. They were unaware that Moshiach is from Beis Dovid and therefore not a kohen, and is consequently allowed to pass though a beis hakvaros.
It is also possible that they were trying to prevent Eliyahu Hanavi — who is Pinchas and is indeed a kohen — from entering the makom haMikdash, at which time he will precede Moshiach to herald the Redemption. But even this calculation will not avail them, as the dead of non-Jews are not metameh, and consequently a kohen may pass though a non-Jewish graveyard. 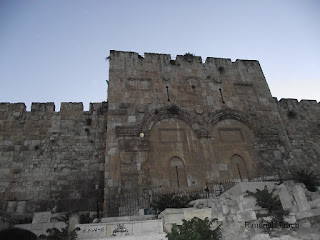 Posted by Eretz Yisroel in the Lens at 11:17 AM