Strategic Har Adar and the War of Independence© 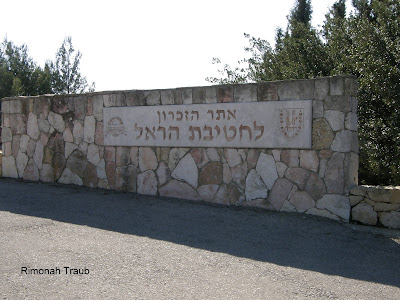 Located about fourteen kilometers from Jerusalem and about five from Telz-Stone, Har Adar is surrounded by a luxurious suburban neighborhood of lovely villa houses. During WW II when the English ruled in Palestine they built a radar station on this mount as it is is 833 meters above sea level. Here the British military protected Jerusalem from the Italian air force who were the Nazi's allies. The name 'Har Adar' is a splitting of the name it was called at that time -HaRadar Hill (Givat HaRadar).
Only 60 years ago, the radar station on this hill played a strategic role in the 1948 War of Independence.

In keeping with the fact that Ishmael is a mechutan with Esav, the British handed over the radar station on Har Adar to the Jordanian Arab Legion even before they left Eretz Yisrael in May, 1948.

From the end of November, 1947, Jerusalem was under siege and her 100,000 inhabitants lacked food, water, and medicine. The Arabs sat on the hills on either side of the road and ambushed any vehicle trying to ascend to the city. The miracle was that the winter of 1948 was a very rainy one. HaShem filled up the water wells and there was drinking water, but not much more then that. 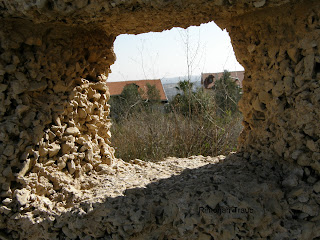 The High Command of the Haganah decided on Tochnit Daled, a plan to free  and the area around her by taking the offensive. On April 5, 1948, the first operation, Mivzah Nachson (named after Nachshon Ben Aminadav, who jumped first intoYam Suf) managed to open up the road. A great convoy of several hundred lorries brought food, flour, and other necessities to the strangled populace. But soon the Arabs again gained the upper hand and the siege resumed.


The High Command then made a new plan, Operation Yevusie (named after a name of Jerusalem and its former pre-Israelite inhabitants Yevusie ). This was a three pronged attack on the surrounding Arabs. The first arm of this operation was to attack the then Arab Katamon and free up the Jewish suburb of Mecor Chaim (which was in the heart of an Arab area) and join it to the city (this succeeded) . The second arm would try capture Shech Jarach (the area of the grave of Shimon HaZadik ) and reach Har Hazofim. (it should be noted that the Jewish forces succeeded  capturing  Shech Jarach and reaching  Har Hazofim. But then the Brits stepped in on the 22 of April, and commanded them to retreat, claiming this was the route whereby they had to leave the country). The last operation was  to conquer Har Adar and proceed from here to Nebie Samuel and reach Yerushola'yim from the north.
The Palmach's Harel Brigade (known as the 4th Brigade - Rabin was their commander) was given the third task. They were stationed under  Har Adar in Kibutz Kiryat Anavim. The corps was divided into three regiments
One of these groups was made up of very young men, who were in fact children, being forced to go war because of the desperate circumstances. They set out on a freezing April night to capture the radar installation. 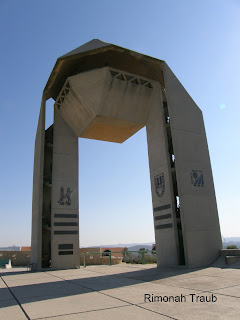 As they passed the cemetery of the kibbutz, they encountered some kibbutz members preparing new graves. One of the boys called out with what seemed to be at the time a macabre job to lighten the atmosphere: "You there, work quickly. We have already left. Make sure to have everything ready so there will be no delay when we return."

But as they neared the mount, they were identified by the enemy who fired on them and killed thirty-eight boys. In the end, they were buried in those very same graves they had passed by, and this is remembered as one of the most tragic events of that period. Twenty-three attempts were made to conquer Har Adar, but it was only freed in the Six Day War by an armored brigade, also named Harel. 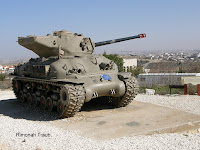 Visitors to Har Adar can examine up close the Sherman Tanks and 1948 convoy trucks from that period.   After climbing up the many steps of the monument to the fallen soldiers, you reach an open deck which affords a magnificent panoramic view of the surroundings, which includes Tel Aviv on a clear day.

To reach Har Adar, travel out of on Kvish Echad until the Beit Nekof interchange. Then turn right in the direction of Abu Gosh. Travel past Abu Gosh, then turn right at the sign for Har Adar. Drive another five kilometers until the parking lot at the foot of the hill.  Super Bus #187 stops at Har Adar. Call 1-700-700-181, for the bus information and timetable.

Published in 'The English Update' 3 Febuary 2011 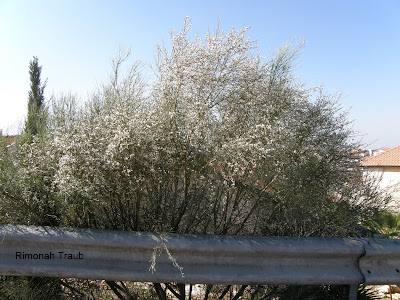 Posted by Eretz Yisroel in the Lens at 10:27 AM