Shaar Yaffo, the best known and busiest of all the Old City gates, is located on the west side of the Old City walls and faces due west in the direction of the port of Yaffo, which is about 40 miles away and currently a suburb of Tel Aviv. The road that led to Eretz Yisrael’s ancient seaport, Yaffo, used to originate at this gate. It was to Yaffo that Yonah fled, in order to board a ship and thereby try to escape the prophecy of Hashem that he had received as a result of the outpouring of joy of the Simcat Bies Hashovah. The modern-day Highway 1 follows the course of this early byway. 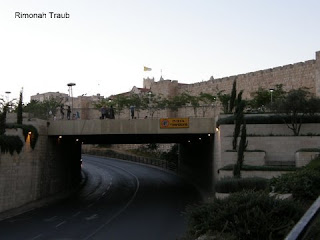 Another road leading from the gate led to Beis Lechem and on to Chevron (today Derech Chevron, hence the Arabic name Bab al-Halil (Chevron Gate). The city Chevron is called Halil because it is the city of the Loved One, referring to our Father Avraham who is buried there. The Arabic name means "Gate of the Beloved.” Another Arabic name for the gate is the “Gate of Dovid’s Prayer Shrine” or "Gate of the Prayer Niche of David,” because of its proximity to MigdalDavid. Crusader maps from the 12th century also call this gate “Porta Davidi.” 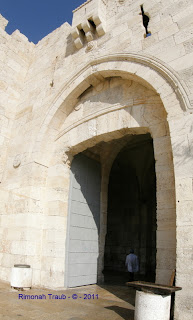 As an inscription in Arabic embedded above the gate testifies, the gate was built by the Ottoman Sultan Suleiman the Magnificent, in the years 1538-1539. It has an L-shaped internal
structure, which was a means of defense for slowing down an invading enemy. As with the rest of the Old City walls, the stones of Jaffa Gate are large, hewn, sand-colored blocks.

On the inside, the gate opens onto a smallsquare, with entrances to the Christian Quarter (to the left), Muslim Quarter (straight ahead) and Armenian Quarter (past Migdal Dovid, on the right). A tourist information office and shops line the area.

The area of Shaar Yaffo really has two entrances — the arched gate and another one. The latter was built at the end of the 19th century, to allow Kaiser Wilhelm II to ride into the city in his horse-drawn carriage along with his wife, Augusta Victoria, and accompanied by other German dignitaries.

Aharon Bier, z”l, notes that in 1898 Kaiser Wilhelm had originally wanted to enter the city by charging on a horse through the gate, like some sort of Crusader. Because the Ottoman governor saw this as offensive, a compromise was reached: to make an opening behind the gate (where the roadway today enters the city) and for Willhelm to make his dramatic entrance through there.


19 years later, in December, 1917 General Allenby dismounted his horse when he arrived at the gate, and entered on foot in a more humble manner. 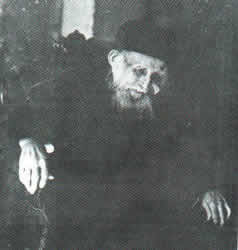 While the matter of Kaiser Wilhelm entrance was being decided, Rav Shmuel Salant was asked his opinion.  He refused to answer, but wrote a short note that was read after the incident.  Rav Salant had written the halacha from the gemara in Pesahim, "a king breaches a path for himself, and one may not object." Apparently there was a moat before the gate which was filled in at the time the breach was made for the German Kaiser.

For security reasons, the early Ottoman rulers kept Jaffa Gate locked from sunset to dawn. Any late-comer had to lower themselves over the gate into the City with ropes. The Gate was locked the whole day on Fridays while Muslims were busy praying so that “infidels” would not take over the city. A talmid chacham was stationed at the Jaffa Gate to help Jewish visitors tear their kriyah in mourning for Yerushalyim hacherevah.

At the end of the nineteenth and the early twentieth century the New City of Jerusalem began developing due to overcrowded conditions in the Old City. Jaffa Gate was then, the main link between the City within the Walls and its new counterpart. Today Jaffa Gate is widely used for commerce as well as for access to the Holy sites by the tourists and local residents of both the Old and New Cities. 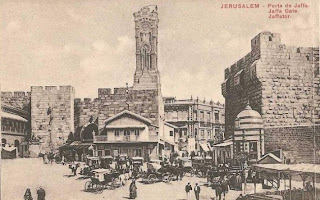 In 1907/8, in honor of the Turkish sultan, the people of Jerusalem had been presented a 13 feet high clock tower built of limestone quarried in nearby Tzidkiahu's Cave that towered above the Jaffa square, as it was erected on top of the Gate. The clock had four faces and above were placed symbols of Ottoman rule, including crescent and star. Thirteen years later it was removed as Ronald Storrs the English governor of Jerusalem, felt the tower marred the unique character of Jerusalem.

During the War of Independence several unsuccessful  battles occurred around Jaffa Gate and the Arabs were not removed from there until 1967.  After the war in 1948, the Jordanian Legion occupied the area and completely blocked Shaar Yaffo with concrete walls.  On the 20th of Sivan, three weeks after liberation in 5727/1967, the gate was reopened by authority of a special law passed by the Knesset and by order of the Minister of Interior.


In the early part of the past decade, the road alongside the gate was moved further west and a large plaza was constructed in its place to connect Jaffa Gate with the soon-to-be-built Mamilla shopping  mall across the road.

In 2010, the Israel Antiquities Authority Conservation Department completed a two-month restoration and cleanup of Jaffa Gate that was part of a $4 million “Jerusalem City Walls” project begun in April 2007 which renovated the length of entire Old City walls. The “cleaning” included; removing decades of car exhaust, replacing broken stones and reattaching an elaborate inscription in Arabic that was put up at the gate's original dedication in 1593. Bullets fragments that had that pierced the stones of the gate during very harsh battles of the War of Independence were preserved.


Behind an iron grating just inside Jaffa Gate, to the left, lie two tombs. Who is definitely buried in
these graves is not known. It is saidthat two architects whom Suleiman had commissioned to construct the walls are interred here. Suleiman had them killed when he saw that they had not included Mount Zion and Kever David in the enclosure of the Old City walls.


Some claim that because they had done such an excellent job of building the wall, the sultan wanted to ensure that they would never produce a similar masterpiece for anyone else and he therefore chopped off their heads. He nevertheless had them buried inside the walls next to Jaffa Gate, in deference to their impressive achievement.


When renovations were made recently on Damascus Gate, a floral design hammered into the rusty metal of one of that gate’s gigantic doors was seen, which closely resembles the emblem on one of the two graves. Although this is not enough evidence to solve the mystery of the tombs, it does strengthen the theory that they are indeed somehow connected to the Old City walls. The
flowers cannot be seen from ground level and would never have been discovered if not for the restoration.


Many thanks go Rav Mordechai Y. Scher for his help in preparing this article 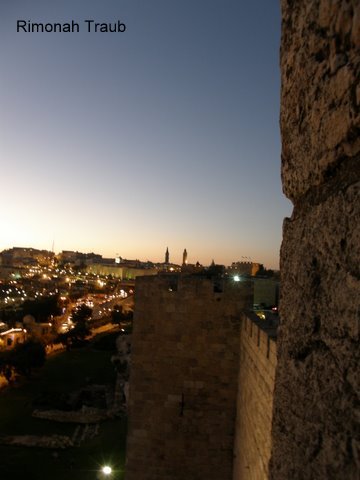 Posted by Eretz Yisroel in the Lens at 1:24 PM