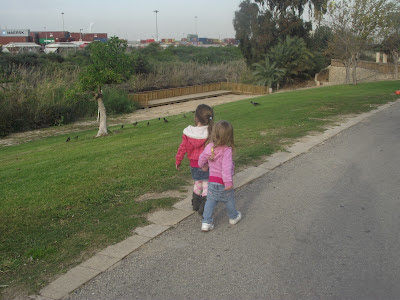 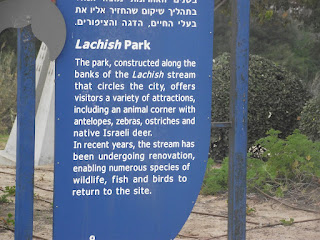 The pollution from the city’s sewage and industrial waste in the river’s water plagued Ashdod’s residents
for years. The mouth of the river was clogged up, and the historic sites nearby were in a state of neglect. As part of an intensive restoration project of the river and its surroundings, initiated in 1991 by several organizations, the discharge of sewage from Ashdod into the river was stopped. The area of and around the stream was cleaned up and underwent renovation and rehabilitation. 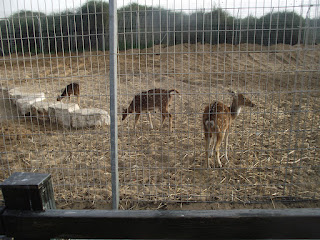 Established in 1996, Lachish Park was the culmination of these efforts to salvage the mouth of the Lachish River. A project of riverbank stabilization, using different types of vegetation that are well integrated with the landscape, was successfully implemented. 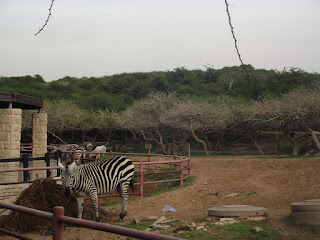 All this enabled numerous species of wildlife, fish, and birds to return to the site. The calls of numerous water birds that rest here during the migratory period fill the air, as fresh winds from the sea blow into the park. Now, unique fauna, waterfowl, and amphibians can be observed as the stream empties into the Mediterranean Sea.

The park was landscaped and comprises prepared lawns, a 2.5 km promenade, observation points, shady alcoves, playgrounds and picnic sites. A small zoo with antelope, zebra, ostriches, and native Israeli deer lines the back of the park and will delight children. There is even a cage of peacocks.

Many works of art in stone and marble dot the park. One bench has the heads of lions as its armrests. Among the collection is an enormous bitteninto apple made of granite, as well as a great, white marble bird. 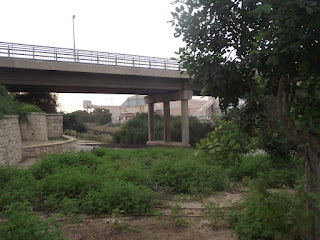 One can stroll along the riverbed in either direction for about 750 meters, resting under attractive pergolas or walk a bit down to the docks. This part of the park is wheelchair accessible and includes lawns, picnic tables and water for washing. The magnificent riverside walk offers an astounding amount of greenery. The substantial river foliage includes reeds, cattails and tamarisk trees, as well as a huge number of castor-oil plants with large, palm-shaped leaves.

An assortment of fruit trees — including carob and date palms; huge, knotty tamarisks; and small sycamores — were planted on the banks. A slight distance from the edge of the water, fig trees grow naturally. Park Lachish Ashdod is a nature reserve for the prickly white acacia tree, whose name derives from its cream-colored trunk. 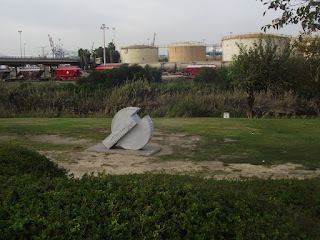 A number of modern-day granite obelisks, a reminder of the withdrawal from Sinai after Israel signed a peace treaty with Egypt in 1979, are found at the entrance of the park. The pillars of stone, built especially as monuments, have square bases and sides that taper like a pyramid towards a pointed top.

Directions to Nachal Lachish Park: The park is situated near the Ashdod port. Take Route 41 west, and
make a left onto Bnei Brit Boulevard. At the third traffic light, make a right onto Ben Gurion. After the second traffic light, go around the traffic circle, and the parking lot will be on your right. Leave your vehicle
in the lot and walk on the asphalt down to the paved paths.

The Lachish River walk is also accessible by way of Highway 4. Turn toward the sea at the Bnei Darom
Junction and follow Highway 41 into Ashdod and all the way down to the water. Turn left at the port, then
follow the signs to the park. 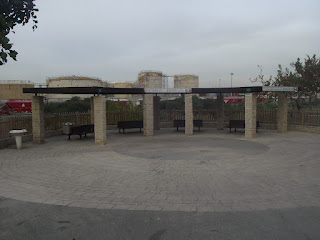 Published in Hamodia
Posted by Eretz Yisroel in the Lens at 3:44 PM