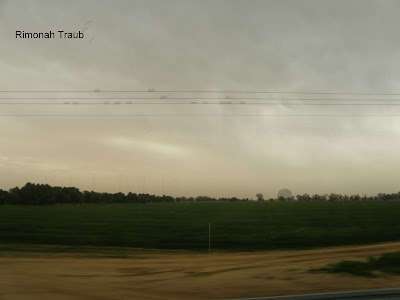 Explore the Negev
How About Traveling South Over Chol HaMoed?
By Vardah Littmann
Photos by Rimonah Traub
Varied and RichTypography 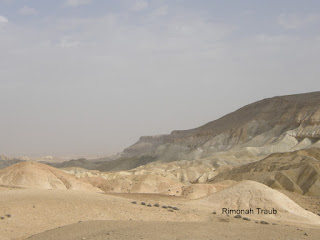 When contemplating the Negev, any concept of what a desert is, needs to be set aside. In Eretz Yisrael there are no rolling yellow sand dunes in a softly rising and falling landscapes as unbroken as the sea. Far from being a simple expanse of sand, the Negev is marked by a mélange of cliffs, crags, boulders, and dry river vadies. Where the Judean Desert ends, the Negev begins, an impressive region of low sandstone hills, rocky peaks (for example the high plateau area of Ramat HaNegev - The Negev Heights - stands between 370 meters and 520 meters), and plains rutted with narrow canyons. The Negev Desert is mesmerizing, beautiful, and rich in geological history.
The Negev in the Tanach
The Negev is mentioned a number of times in Parshas Lech Lecha showing us how  Avraham Avinu paced the land, making it the property of Am Yisoel forever-more. 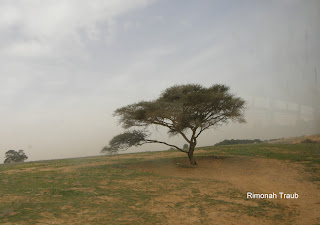 The essence of Avraham Avinu was Chessed; a need to give permeated his whole being. After the cities of the Plain were overturned, the wayfarers who visited his home in Chevron where he lived for 25 years were few and far between. Since business was slow for Avraham Avinu’s hachnassas orchim, he moved to a place along a trade route in the Negev (Bereishis 20: 1). The places he chose to live was dry both physically and spiritually. People living there were hesitant to do good deeds or try to help others. (Literally, the word “Negev” means dry). He deliberately chose such a place because he wanted to teach the inhabitants to be charitable, and he saw there was a lot of potential in that area..
Neghebh is also used for the direction “south.” Avraham Avinu moved south because he was also worried that the embarrassing episode of Lot and his two daughters would reflect badly upon himself. Lot was the splitting image of Avraham Avinu, and he feared that people might mistake him for his nephew Lot.
When Moshe sent the spies to tour the land, he told them to head form the Negev towards Chevron (Bamidbar 13:17).  He intended that they should see the worst part of the land first so they would be able to appreciate what an excellent land they were being given.  Johshua conquered the whole of the Negev (Yehoshuah 11:16). The tribe of Juhah then inhabited the northern Negev and the southern Negev became Shimon’s property. Dovid Ha Melech firmly established Israelite rule over the desert. His son Shlomo subsequently built a string of fortresses along its roads.
Highlights of the Area 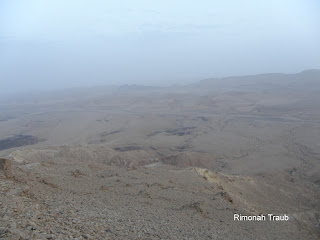 The region’s most outstanding features are the world’s three largest enormous, craterlike machteshim (box canyons): Machtesh Ramon, Machtesh Gadol, and Machtesh Katan, with Ramon being the largest. The phenomenon of these enormous craters is found only in this part of the world.

With a land-mass of about 4,700 - 5,000 sq miles, the Negev makes up about 60% of Eretz Yisrael. Its shape is an inverted triangle whose western side boarders with the Sinai desert, and whose eastern border is the Aravah valley.

As of 2010, the Negev was home to some 630,000 people (or 8.2% of the total population in the country). After withdrawing from the Sinai, the Negev also became the site of numerous military bases. Much of the Negev is used by the Israel Defense Forces for training purposes . 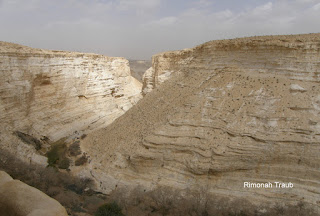 Beersheba is the region's largest city and administrative capital (pop. 185,000). At its southern end are the Gulf of Aqaba/Eilat and the resort city of Eilat. There are several development towns in the Negev, including Dimona, Arad, Mitzpe Ramon, as well as a number of small Bebouin cities, including Rahat and Tel as-Sabi. There are also several kibbutzim, including Revivim and Sde Boker; the latter became the home of Israel's first Prime Minister, David Ben-Gurion, after his retirement from politics.

Greening of the Desert
The arid desert regions and the scarcity of water resources have provided a challenge. Since 1948, dedicated Israeli scientists have been hard at work to find ways to conserve water and to utilize the vast Negev region for agricultural developments.
We have witnessed much bracha in the sparsely populated desert area between Beersheba and Eilat which has played an important role in agricultural production. More than 40 percent of the country's vegetables and field crops are grown in the Arava and Negev.
The Negev Desert and the surrounding area, including the Arava, are the sunniest parts the land. Its average temperature is 97.5 degrees Fahrenheit in the summer.This is also why the Negev has become the center of the Israeli solar industry.  Experts on solar energy propose that the energy needs of Israel's future should be met by building solar energy plants in the Negev. 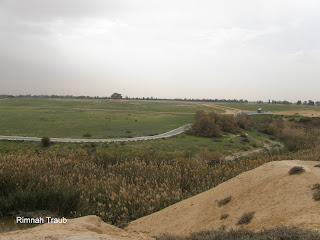 The new wave of “greening the desert is heartening, especially since the supply of farmland in the country's densely populated central region is shrinking as more and more farmland is being used for housing.
In the Negev, cultivation of new citrus varieties have resulted in yields 50 to 100 percent higher than those in the north. Giant citrus groves (10,000 acres) have been planted in the Negev. Olive plantations irrigated by brackish water have achieved per-acre oil yields that are six times higher than in traditional rain-fed groves elsewhere in the county.
The further south one goes, the earlier crops ripen. There are newly developed technologies for vegetables being grown in greenhouses. This makes it possible to grow crops for export to Europe during the winter months - October through March - when prices are highest, with less expenditure of energy than required elsewhere in the country.
In the last few years, varieties of some crops, notably tomatoes and melons, have been adapted for growth in the desert with saline water irrigation. It is claimed that Negev saline-grown tomatoes are the sweetest and highest quality tomatoes to be found anywhere. Eggplant, yellow melons, potatoes, pears, and table grapes are also watered with this salty water and harvested in the Negev Desert. 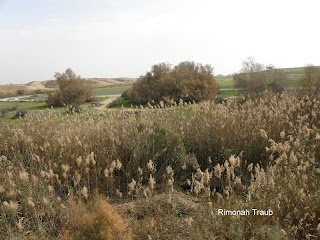 Once a distant second to citrus, the export of flowers and ornamental plants from Israel, now holds first place. A wide variety of flowers for export (over 100) are grown all over the country. Who would have thought that flowers could thrive in the Negev? Imagine beautiful first class roses, some of these roses are sold at the famous Dutch flower auctions, and Lisianthus in various shades of purple, pink, white, and combinations thereof, growing in the Negev.
Yet the Negev desert is particularly advantageous for flower growing. The nearly all year sunny days and relatively warm winter temperatures of the Negev are excellent for growing Europe's summer flowers. When that continent is experiencing cold weather, the Negev grows “off-season” summer flowers and then exports them to Europe, especially during the winter months which brings in lucrative profits.
The export sales price for one flower stem grown in Israel's Negev wilderness earns five times the cost of growing it. The beauty of Israel never stops traveling to the international market.
A Blooming Negev and the Geula
Fish farming using covered 'bubble' or 'tent' systems have impressive yields in the south. Once exclusive to the more northern areas, animal husbandry is also developing in the Negev. Desert agriculture with its cutting-edge technology, is already playing an indispensable role in Israel's economy.
When the Geula comes Dovid HaMelech informs us (Tehillim 126; 4) that it will be as surprising as the afikim (streams) that gush in the Negev. 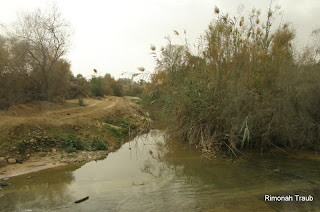 As you travel along the Negev roads everything around seems parched and dry. The wadies are totally empty. All of a sudden, great roaring watercourses stream out of nowhere and overtake the area. These streams originate from the rains that fall in the mountainous regions and roll down in great speed to the Negev.
In the same way, the final yeshua will arrive seemingly from nowhere, startling us with its swiftness and overflowing with all the goodness and blessing we could wish for.
At the present point in time, it may seem that nothing is taking place, but we can be assured that “rain” is falling (events are taking place) in preparation for that Great Day. Just look around and see that all the signs are clearly visible. For instance, the blooming of the Negev we see today may be in anticipation of the rejuvenation of the wilderness and wasteland that is prophesied in Isaiah at the beginning of Chapter 35. Here the Prophet says that the desert will bloom like chavazelet (lily?) at the time of the Redemption. In the Messianic era, this area will became as lush and beautiful as the most beautiful part of the Land. May we all be privileged very, very soon to see the return of Hashem to Zion, in mercy.
Published in the English Update

Posted by Eretz Yisroel in the Lens at 5:22 PM