The Kever of Shimon Hatzaddik in Sheik Jaraah© 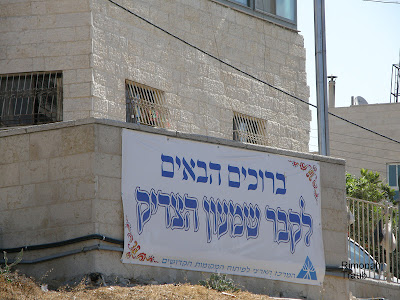 A favorite spot for the “upsherin” of little three year olds is the Kever of Shimon Hatzaddik, which is found
in the Sheik Jaraah neighborhood in Jerusalem. Shimon Hatzaddik was one of the last remaining members of the Anshei Knesses Hagedolah. He served as kohen gadol for the first forty years of the second Beis Hamikdash. Tannaim of his time were called Rabi and he is the only Tanna we find that chazal call “Hatzaddik.” 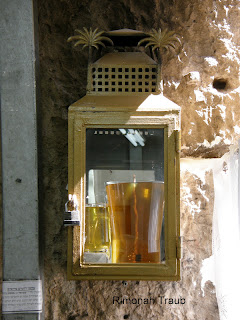 The Gemara tells us the great miracles seen in the Beis Hamikdash during the forty years he served as kohen gadol. In the lottery made on Yom Kippur between the two similar goats, the “LaHashem” lot was always drawn by his right hand; the scarlet thread hung in the Beis Hamikdash always turned white, indicating that Hashem had forgiven His Nation; the Ner Maaravi of the menorah burnt for 40 years nonstop; the kohanim needed to bring only two kindling-logs to the outer altar, from which a fire with the intensity of the noonday sun burned; when the bread of the lechem hapanim was divided among the mishmar of Kohanim, mathematically, each should have gotten a piece the size of a tiny pea. But during his tenure they were satiated even with a tiny piece. During his time, even nature was miraculous, because the tzaddik‘s deeds influenced the environment.

Shimon Hatzaddik influenced not only the Bais Hamikdash and Yerushalayim, but the whole world.His influence affected the wars of the nations of that era. In Maseches Menachos it is told that Alexander the Great knew if he would be successful in the next day’s battle if he envisioned Shimon Hatzaddik. As his name tzaddik implies, he was the foundation of the world, as it says “tzaddik yesod ha’olam", the tzaddik is the foundation of the world. Therefore he could tell us in the Mishnah (Avos 1,2) on what the world stands on: Torah, avodah and gemilus chassadim. 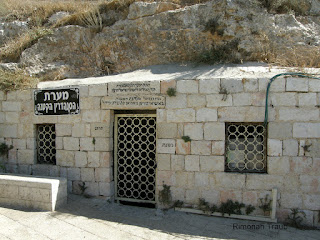 Shimon Hatzaddik was niftar on 29 Tishrei about 3450. He was buried in a cave at the entrance to the Kidron Valley north of the old city of Yerushalayim. Throughout the ages Jews would come pray at his
kever. Since the Arabs closed the kever of Shmuel Hanavi north of Yerushalayim in 1730, the kever of
Shimon Hatzaddik became a prime place for the celebrations of Lag BaOmer.

In 1876 (5636), the mayor of Jerusalem offered to sell the cave of Shimon Hatzaddik to the Jews, including the surrounding lands with its orchard of eight olive trees. This was considered a heaven-sent opportunity to gain control over the holy site, after an Arab who lived on the site had made it difficult to visit, demanding payment. Together the Ashkenazi and Sephardi communities collected 15,000 francs to buy the land. The community leaders, Harav Meir Auerbach and the Chacham Bashi Harav Avraham Ashkenazi, signed a contract that same year, making the whole area a Jewish possession.

Fifteen years later, in 1890-1, a Sephardi Jewish colony called Nachalas Shimon was built on the properties,
just west of burial cave of Shimon Hatzaddik. In 1927, more extensive construction began when a group of modern houses was built for a largely Ashkenazi population with the name Nachalas Yitzchak.

The 1929 riots forced the residents to leave their homes. They returned as soon as things calmed down. In 1947, there were about 100 Jewish houses in the neighborhood. However, In March of 1948, the British 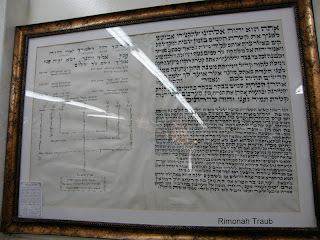 ordered the residents to vacate their homes within two hours, due to increasing Arab violence. In April of that year, the infamous Hadassah convoy massacre was perpetrated just around the corner. 78 Jews were killed byArab rioters, while British personnel cooperated with the perpetrators.

In late 1998, there was a re-dedication of the old shul on the site, after Palestinian Authority agents had attempted to take over the building. Two months later, the first Jews moved into six apartments that the “Settlers of Zion” organization, headed by Rabbi Benny Elon and the Beit Orot yeshivah, had been forced to reacquire.

On lag BaOmer the following year, thousands dedicated the renewed Jewish neighborhood. The Jewish neighborhood consists of a handful of houses among many Palestinian residents, and a private company funded by the Ministry of Housing patrols the area round the clock. Legal battles have continued on and off, occasionally accompanied by Arab violence directed at the Jewish residents, even though Jews have purchased the houses, twice. 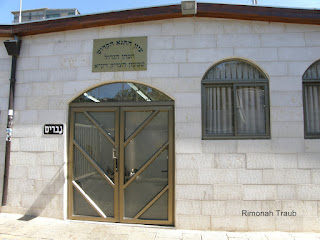 Before WWI, an enormous heap of ashes stood near the kever of Shimon Hatzaddik. The Gemara in Zevachim (106a) concludes that the deshen was spilled to the north. Rav Eshtori Haparchi came to Eretz Yisroel in 1313 and wrote in his sefer Kaftor V’ferach that tradition holds that the “alter ash” was spillednorth of Yerushalayim, a short distance by horseback. When archeologists made tests on the ashes they saidthat it was most definitely ashes of animals and not waste of a soap factory as some had previously claimed. Others claim the ash was spilled in the area that is today the Bais Yisrael neighborhood.
Published in Hamodia
Posted by Eretz Yisroel in the Lens at 6:41 PM

Labels: The Kever of Shimon Hatzaddik in Sheik Jaraah