The Gravesite of Rebbi Yosie HaGalili Who Prayed for Rain© 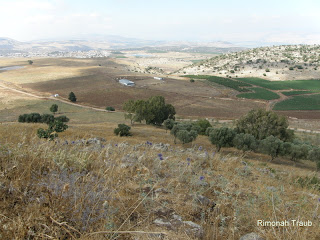 No matter what time of the year, the is always beautiful, and the rich history of our People is etched into its pastoral hilltops and valleys. As you travel along the rolling highway, you’ll see the final resting places of many of our great men throughout history. Some were of such immense stature that their slightest wish was fulfilled  by the Ribono shel Olam.

The Moshav of Dalton, not far from Tzfas, was founded in 1950 by olim from in . is mentioned in medieval literature and in documents discovered in the Cairo Geniza where there is a portion of a letter sent from to  signed by "Shlomo HaKohen, son of Yosef, from the city of ."  There is also a document regarding the wise man Eliyahu HaKohen who died in  in 1063. It states that his body was carried on many people's shoulders to a mountain in the Galilee, called Dalton. 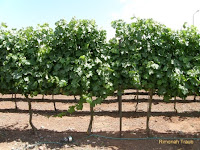 The moshav has a winery selling fine wines, made from the abundant fields of grapes grown on the grounds. There is also a hostel for vacationers at .


High in the hills of Dalton, surrounded by breathtaking scenery, is the gravesite of Rebbi Yosie HaGalili who, like Choni HaMa'agel, was famous for his piety and his potent prayers for rainfall. An Amora (sage of the Gemarah) of the third century CE. says: "When the sins of Yisroel cause drought and a person such as Yosie the Galilean prays for rain, the rains start to fall immediately" 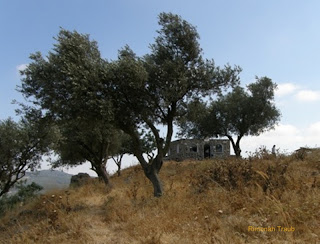 Rebbi Yosie the Galili was a third generation Tanna (sage of the Mishna) who lived at the beginning of the second century CE. He was one of the talmidim of Kerem b'Yavne. Rebbi Akiba and Rebbi Tarphon were two of his teachers. A contemporary of Rebbi Eliezer, Rebbi Eleazar ben Azariah, and Rebbi Meir, he lived at the time of the Bar Kokhba revolt.

During his lifetime he was also known as a healer of barren women and it’s recorded that women used to visit his grave and tie pieces of cloth to the trees around it as a segulah for the blessing of offspring.

We find Rebbi Yosie’s opinions dispersed thoughout the gemarah and mishnayot. We even meet up with him in the Haggada of Pesach where it’s written: “Rebbi Yosie HaGalili omer…” Here he expounds a 1:5 ratio for the plagues in Egypt to those on the Yam Suf. He shows that the ten plagues were caused by one 'finger' of HaSh-m, bringing proof from the fact that the Egyptians said the ten plagues were a finger of HaSh-m . Therefore if the 'hand' of  HaSh-m was seen by Yisrael being manifested at the sea, the conclusion is that the Egyptians suffered fifty plagues by the sea.
In the gemorah we again find Rebbi Yosie HaGalili expounding on Kriyas Yam Suf. He gives a description of how Klal Yisroel sang the Shiras haYam, elucidating  how entire Jewish people broke into spontaneous singing together in unison.
The 'Midrash Says' and 'Ma Am Loaz' ask... How can it be explained that they managed to sing as one? It was due to the fact that the Bnai Yisrael experienced an actual perception of the Shechina. With  such a clarity of prophetic vision and inspiration they sang the song as if they had rehearsed it together for many years. Once the prophetic flux began to flow all the nation young and old, maid servants, infants suckling  at their mothers'  breast and embryos in their mothers wombs were able to sing 'Zeh Eylee v'anveyhu, Elohei Avi v'arom'menhu'  (This is my G-d and I will glorify Him, my father's G-d and I will exalt Him).
One day as Rebbi Yosie HaGalili was walking along the road and he met the wife of Rebbi Meir,  Beruriah. He asked her "Which way does one get to Lud?" She rebuked him "Foolish Galilean, did not the Sages say 'Do not gossip with women'? You should have asked in a shorter way saying 'which is to Lud'?" (Eiruvin 53b)
Rabbi Yosie HaGalili had such a bad wife that in Midrash Rabba, Rebbie Joshua bar Nachemiah brings her as an example the 'ezer kenegdo' in its negative connotation. (if he merits she is a help, if not she is against him...........) His wife was his sister's daughter. She constantly put him to shame insulting him in the presence of his pupils and friends. His talmidim came to him and begged him to divorce her as she was not acting in a way that befitt the Rebbi's honour. Rabbi Yosie Haglili was most reluctant to give his wife a get. As an excuse he told them that her dowry was so large that he could not afford it.
One day Rebbi Yosi HaGalili. was learning in chavrosah with Rebbi  Eleazar ben Azariah. At the end of the session the latter asked the former. "Rebbi, could I accompany you to your home?"
" With the greatest of pleasure."
As they entered though the doorway the lady of the house glared at them and swept past, leaving the room in her anger. Her husband asked her gently if the pot on the range had food in it.
"Hash." was her curt reply.
Rebbi Yosie HaGhillie. went up to the stove and uncovered the pot and found in it .... chicken.
As they sat together and ate Rebbi Eleazar ben Azariah asked the baal ha bayit "Rebbi, did she not say 'hash' yet we found chicken in the pot?"
In an attempt to cover up for his wife Rebbi Yosie Haglili claimed a miracle had occurred. 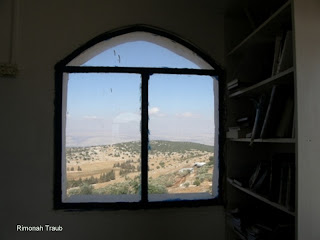 After the meal Rebbi Eleazar ben Azariah again spoke to Rebbi Yosie HaGhillie's heart to persuade him to abandon this shrew of a woman who did not treat him with due respect. Rebbi Yosi again declined, again using the large nedonyah as an excuse. Rebbi Eleazar said that all Rebbi Yosie's talmidim would collect the the money for the dowry among themselves. True to his word Rebbi Eleazar organized the students and the money was collected. They divorced the woman from Rebbi Yosi and persuaded him marry a better wife.
The first wife then married the town watchman, as a punishment for her sins.
Time passed and the watchman became blind and the former wife of Rebbi Yosie HaGalili was forced to lead the watchman around the town as he begged for their sustenance. Each time they neared the the district of her former husband's home, the watchman's wife would circumvent the area. The watchman inquired of her why she was avoiding this neighborhood and why she did not lead him to the house of Rebbi Yosie HaGalili. who was known to be very charitable. She confessed that she had once been Rebbi Yosie HaGalili's wife, and she was ashamed to face him.
"You will take me there, anyway. " snarled her new husband.
The next time they neared the dwelling place of Rebbi Yosi HaGalili, she again tried to avoid the vicinity. The watchman began maltreating and abusing her. Her cries of anguish and his loud rough rejoinders bought out a huge crowd. Looking out of his window Rebbi Yosie HaGalili saw how the couple was being jeered at. He hurried out to see what he could do to help. Rebbi Yosie asked the blind man " Why are was beating this poor woman?  "She deprives me of my profit on this street ." On hearing this Rebbi Yosie HaGalili settled them in a comfortable home. He supported them from that day on in accordance with the verse " Surely you should break your bread for the hungry, and bring the moaning poor to your home, when you see a naked person clothe him, and do not hide your self from your kin." ( Isaiah 58; 7 ). Rebbi Yosie HaGalili held that a divorced wife is part of one's extended family.
To reach , travel north from Tzfas on Highway 886. To visit the kever of Rebbi Yosie HaGalili, enter Dalton and drive past the moshav for about 1.5 kl. Until you reach the back-gate. From there, follow the dirt road for about 780 meters until you reach the moshav cemetery. Then take the left hand fork in the road onto a cement pathway that leads to the gravesite of Eliezer, son of Yosie. Continue to the top of the nearby hill (a ten minute or so walk) where you’ll find the tzion of Rebbi Yosie HaGalil.

There are no Egged buses to but Nativ Express #45 goes there from the central bus station in Tzfas Buses leave twice a day at 8:45 am and 1:30 pm. The return bus back to Tzfas leaves from at 9:15 am and 2 pm.

Published in the English Update 9 December 2010 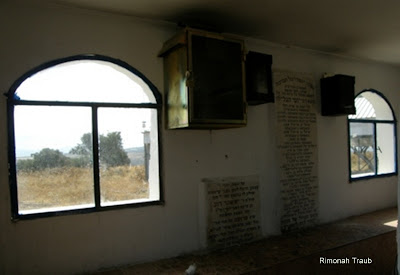 Posted by Eretz Yisroel in the Lens at 3:14 PM