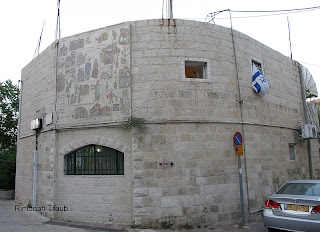 Running through the Jerusalem neighborhood of Musrara, Rechov Ha’ayin Chet is a gem of an area. It was established by rich Christian-Jordanian Arabs during the late 19th century. They built large, luxurious mansions in an attempt to escape the overcrowding in the Old City. These houses feature grand entrances, beautiful masonry and shingled roofs.

Until 1948 the Arabs of Musrara and their Jewish neighbors lived in peaceful coexistence. When the War of Independence broke out in the fledgling state, the Jordanian Legion used the area to attack nearby Jewish neighborhoods. This caused an exchange of populations. The original Arabs ran away to the Jewish part of Musrara, and the Jews in the Jewish area fled to this vicinity.

After the armistice, Musrara was divided by a barbed wire fence between Jordan and Israel. During the early days of the state, there was an extreme shortage of housing, and the Ministry of Housing used this area to settle new olim, mainly from North African countries. 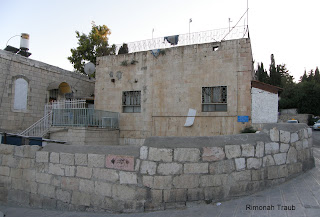 For 19 years, almost daily, the alleyways and stone courtyards resounded with the thunder of Jordanian bullets. There were many casualties in Musrara, and Shabbos morning was the favorite shooting time for
the Jordanian soldiers. This continued until the reunification of Jerusalem during the Six Day War in 1967.

The neighborhood was a slum, whose inhabitants suffered from unemployment, poverty and neglect. In, 1971, young, second-generation Sephardic Jews from the neighborhood founded the Israeli Black Panthers, as a protest movement against the government’s injustice and discrimination toward them. The rage of the Black Panthers quickly spread from Musrara to all areas inhabited by poor Sephardic Jews. It eventually evolved into a political movement.

In the beginning of the 1980s, the Jerusalem Municipality planned a project to improve the neighborhood. 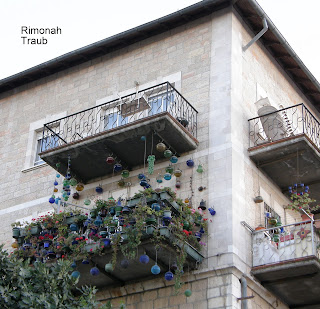 Regulations were introduced that were designed to restore the neighborhood to its former glory. The renovations were all to be done in the styleof the magnificent existing Arab structures. Unfortunately, on many of these restored buildings, a clear line can be seen between the lower floors, built in the Arab style, and the upper floors, which look like modern apartment buildings. These lines are the result of unscrupulous real estate contractors who, in order to increase their profit, did not follow the regulations to adhere to the former character of the neighborhood.

Ha’ayin Chet Street is named for 79 innocent people — mostly civilians, including doctors and nurses, in a convoy bringing medical supplies and personnel to Hadassah Hospital on Mount Scopus — who were murdered in cold blood by Arab forces on April 13, 1948. The massacre was a gross violation of human rights, international military convention and common decency. It was planned well in advance, and was most definitely not in “retaliation” (as some claim) for the supposed Irgun and Lechi massacre at Dir Yassin. British personnel cooperated and participated in the massacre. 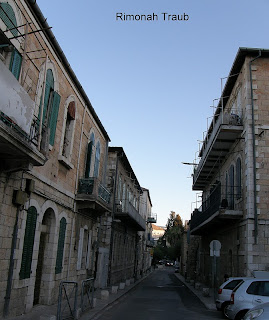 The bodies were so badly burned that only 31 were identified. The unidentified remains were buried in a
mass grave in the Sanhedria Cemetery. Twenty-two victims were declared missing. The family of one victim
says it has evidence that some of the dead were buried in a Muslim cemetery near the Lions Gate. For many years the number of casualties was thought to be 78, but recently it was confirmed that there were 79 people murdered, 20 of them women.

Morasha (the Hebrew name of the area), over the last decade has become more chareidi. There is currently a large population of Breslover chassidim living there. 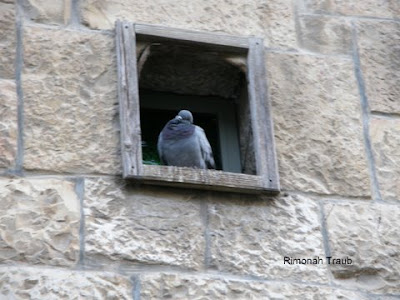 Posted by Eretz Yisroel in the Lens at 10:41 AM