The Grave site of Habakkuk the Prophet© 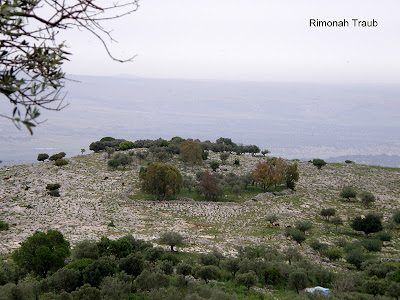 Far, far up in the Galilean hills where the view is so magnificent it leaves you speechless, stands the tzion of Habakkuk the Prophet. His prophecies relate to the expansion of the Chaldean empire and foretell the end of the Nebuchadnezzar dynasty. 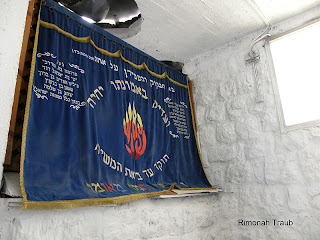 In the Zohar we are told that Habakkuk was the son of the Shunamis woman. She was told "you will embrace (chbket) a son" (Kings 2, 4:16). The way the name Habakkuk is spelled in Hebrew, containing the letter kof, twice alludes to the fact she would embrace (be given) the child twice-- once upon his birth and then again when Elisha revived him from the dead (Kings 2, 4:34, 35).

Chazal say that Habakkuk prophesied at the time that Manasseh was king of Yehudah. Since Manasseh was a rasha he is not mentioned in the text. 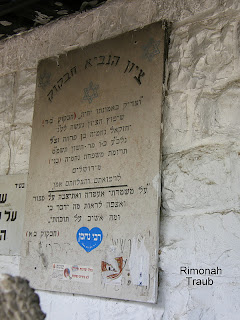 The gematria of Habakkuk is 216. This is the same value that the word aryeh has. The Midrash teaches that Habakkuk came and brought provisions for Daniel’s workers who were reaping in the field, when Daniel was thrown into the lion's den. The angel Uriel appeared in the form of a lion, grabbed Habakkuk by the locks of his head, and carried him into the lion's den were he and Daniel celebrated the Pesach Seder. The night of the seder is Layl Shemorim, a night of protection, so neither Habakkuk nor Daniel were harmed by the lions. In addition the numerical equality alludes to the fact that Habakkuk was from the tribe of Yehudah, since in the blessing Yaakov Avinu gave this tribe it was called a lion's cub (Bereishis 49:9). The fact that both prophets were from the tribe of Yehudah also protected them from the lions.

The prophecy of Habakkuk is called the burden (hamasah), for he foresaw favorable tidings for the nations of the world which indicated that unfavorable occurrences might befall Yisrael. The word foresaw (chazah) is used and not prophesied (nibah) as Habakkuk had a lesser form of Divine communication. 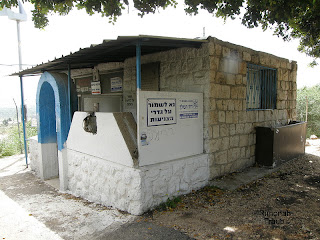 Nearby the tzion of Habakkuk is a tomb belonging to a Rabeinu BeChai. It is not known which Rabeinu BbeChai is buried here. The first possibility is the author of the Chovovos Levavos (Duties of the Heart), Rav Bachya ibn Paquda, who lived around the year 1050. The second option is a student of the Rashba,  Rabeinu BeChai ben Asher (others say his fathers name was Natan)  who wrote the book Kad HaKemach. He passed away at the end of the year 1340.

To reach the gravesite from Road 90, turn west at the Amiade Junction onto Road 85.
Or as you travel west on Road 85 from the direction of Carmiel, at the Nachal Amud Junction (Kodrin Junction), turn south onto Road 65. After about 2.2 kilometers opposite a boulder, turn right (west) onto a dirt pathway that leads after about 150 meters to a parking lot.  A footpath of about 100 meters takes you to the tomb of Habakkuk.
Published in the "English Update" 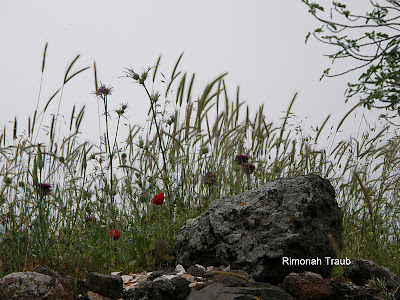 Posted by Eretz Yisroel in the Lens at 10:45 PM

Labels: The Grave site of Habakkuk the Prophet