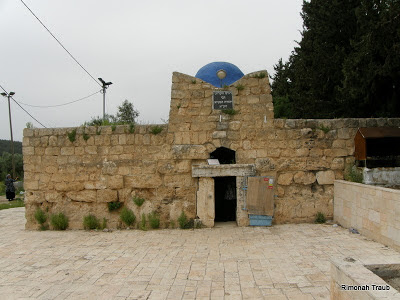 Midrash Berashis Rabbah says that on the day that Rabi Akiva gave up his soul al Kiddush Hashem, Reb Yehudah HaNasi was born. A seven-generation descendent of Hillel HaZaken, Rebbe was the son of Rabban Shimon ben Gamlial, and of the royal line of Dovid HaMelech. Known as Rebbe andRabbeinu Hakadosh, he was a key leader of the Jewish community of Judea, during the occupation by the Roman Empire, toward the end of the 2nd century CE. He was the greatest of the fifth generation of Tanaim. Rebbi was atalmid of the five main students of Rabi Akiva. He is best known as the compiler of the Mishnah. Reb Yehudah haNasi passed away on 15 Kislev 3950 (190 CE).
The Gemara in Kesubos (104a) relates that before he died he lifted his ten fingers towards the heavens and declared he had not even enjoyed even a little finger of this world. (This was so even though he was very wealthy and greatly revered in Rome and had a close friendship with “Antoninus”, possibly the Emperor Antoninus Pius who is still famed for his philosophic work ”Meditations of Marcus Aurelius”.) 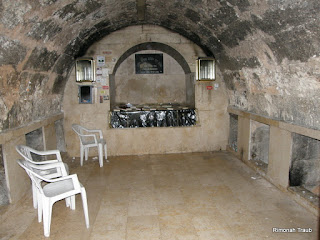 Sefer Chassidim records that after he passed away, Rabbeinu HaKadosh used to visit his home every Friday evening at dusk wearing Shabbos clothes. He would recite Kiddush, and his family would thereby discharge their obligation to hear it. One Friday night there was a knock at the door. The maid asked the visitor to come back because Rabbeinu HaKadosh was in the middle ofKiddush. From then on he stopped coming, since he did not want his visits to become public knowledge.
The root of Rebbe’s soul was that of Yaakov Avinu. It is said that Yaakov Avinu never died and we see from the above story that Rabbeinu HaKadoshalso did not die. Both YaakovAvinu and Rebbe had the same task. Rebbe had said that the seventeen years he spent in Tzippori were equal to the seventeen years Yaakov spent in Egypt. Yaakov taught Torah during those those years, preparing the nation for its first galus. Rebbe spent the last seventeen years of his life compiling the Mishnah, preparing Am Yisrael for the long and bittergalus Edom. 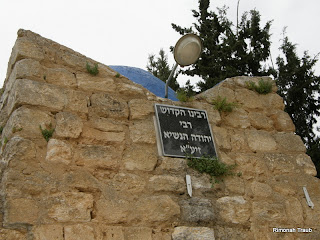 A tzion claimed to be Rebbi’s is found in Tzippori, which is in the rolling hills of the Galilee. (According to Talmud Yerushalmi [Kila’im 9:4], Rebbi was buried in Bet She’arim.)  In very ancient times the city was called Sepphoris. It was fortified by the Assyrians, and then used by the Babylonians and then the Persians as an administrative center. It was the Chashmonaim who gave the city the name Tzippori when they settled there. Rabi Yochanan indentified Rekes as Tzippori; it is so called as it sits high on a hill like a bird. The air there is very clear and fresh.
Herod the Great took over the city and brought in Roman influences. After Herod’s death the Jews of Tzippori rebelled against Roman rule causing Varus, the Roman governor to destroy the city and sell many of its Jews into slavery. In 1 CE, when Herod Antipas became governor, he rebuilt the city and renamed it Autocratis. It was such beautiful city that it was described it as “the ornament of all Galilee.” The Jews of the city chose not to rebel during the first Jewish Revolt in 66 CE; they opened their gates to the Roman army and signed a pact with them.
During the 2nd century the city was renamed Diocaesarea. After the Bar Kochba revolt many Jews moved to the city. Reb Yehudah Hanasi moved the Sanhedrin from Bet She’arim to Tzippori, where he compiled the Mishnah. He summoned all the Sages in the land, including the great scholars that had come up from Bavel to come and help him.
In the year 351 CE, Gallus Caesar quelled a Jewish rebellion in the city.
In 363 CE an earthquake destroyed the city of Diocaesarea.
During the Byzantine period Jews, Romans and Christians lived peacefully in the city.
From 634 CE the Arabs, under the Umayyad and Abbasid dynasties, conquered and ruled the city, then known as Saffuriya.
In the 12th century, the Crusaders arrived and renamed the city La Sephorie. They built a fortress overlooking the city.
In 1187, when Saladin conquered the city he returned the name Saffuriya.
In 1516 CE, the Ottomans conquered Eretz Yisrael. Over the next 400 years, Tzippori was a small village of a few hundred Muslim and Jewish families, which thrived on its pomegranate and olive produce.
Today Tzippori is a national park famous for its beautiful ancient mosaic floors and 1st century tunnels and cisterns that one can walk though. The Jewish part town has been excavated; it includes a mikvah and a cobblestone street.
To reach the tzion of Reb Yehudah Hanasi from the Movil’s intersection, turn right onto Road 79 going in the direction of Nazareth. After 4 km turn left into Tzippori, travel though the moshav and after about 3.4 km you will travel on a dirt road till Har Hoshah. There you turn down a path and about 150 meters down you reach the last resting place of Rabbeinu HaKadosh.
Posted by Eretz Yisroel in the Lens at 2:07 PM