The Miracle of Snow© 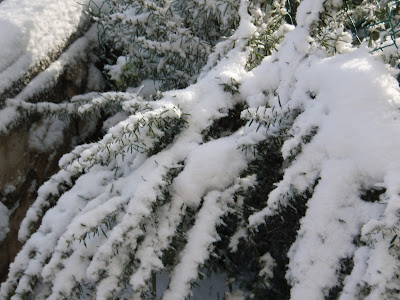 Some thoughts by Harav Avigdor Miller, zt”l, recorded on tape no. 203
Snow is a miracle similar to the falling of mann, but it happens so frequently (at least in  where the Rav was speaking) that we have become deadened to its impact.

From the earliest times until today, the beauty of the snowflake was appreciated and used as artistic designs. If we would put snowflakes under a microscope and examine them, we would be amazed at their symmetry and many forms. … 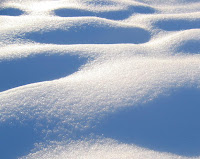 One of the purposes of different shaped snow crystals is so that when they fall on each other they should remain loosely packed and fluffy. The bays and inlets on their edges keep them independent of each other. Even when great masses of snow fall, each and every snowflake maintains its identity to some extent, and the result is that a lot of air is imprisoned in the snow blanket. This is one big chessed we must study. As Dovid Hamelech says, “He who gives snow like wool.” Snow has the same kinky property that wool has. This is “imprisonment” of air, which warms a person.

Wool itself cannot warm; it gives off the same heat as linen. It is the air trapped in the wool that keeps one warm. The linen fibers are straight, and therefore the air escapes and does not keep the heat in, making it cool to wear. The snow blanket is kinky and keeps the air inside itself, thus protecting the earth from freezing solid. If the earth would freeze, then when spring would arrive, it would take ages for this solid mass to defrost.

In the earth live “inhabitants of the earth” (mishpachos haadamah) that are needed for human existence. The humble earthworm that plows the earth, by swallowing it and then excreting it, thereby fertilizing it, lives not far from the surface and would freeze to death if not for the snow blanket.

There are also other “citizens” who live in the earth, such as ants and beetles, who deserve our applause. They keep on digging into the earth and aerating it. This, also, is essential for man’s existence. They, too, are protected by the snow, which keeps them alive.

Even small animals such as rabbits and chipmunks frolic under the snow, kept nice and warm as Eskimos in their igloo. 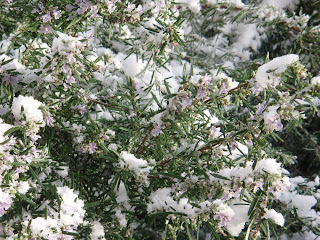 Let us not forget all the seeds — the strawberries, the corn and rhizomes of wild flowers, etc. — in the ground that would perish if not for the snow blanket.

Say you had a blanket that kept you warm all night and in the morning, you would get up and eat it for breakfast. Such a blanket has not yet been invented. However, this in truth is what snow is. It keeps the earth warm all winter, and in the spring it thaws and is eaten (absorbed) by the earth, coming forth as vegetation.

When you see snow, you are seeing food. “He throws his snow like bread.” The icy sidewalk is “pieces of bread” — but it would be uncomfortable to walk on bread, so Hashem send it in the form of snow. In truth, you are seeing next year’s “mezonos” — for this snow and ice will turn into food.

Man is 80 percent water. You came down in a snowfall and settled on a field. Someone with big boots trampled you down. You eventually turned into wheat that was cut, milled and shipped. It became bread and matzah that your parents ate, and this is where you come from. So the snow you saw falling last week is the tender of cheder children that you will be seeing in six or seven year’s time.

Snow falls white and fluffy. Snow is water. Is there such a thing as fluffy water? Also amazing is that it white. Water in a glass is colorless. Water in large quantities in lakes and seas appears to be blue and indigo, maybe green.

Everyone knows that when you have a glass of hot tea the best place to hold it is at the bottom, for this is the coolest part, as the heat rises to the top. In lakes and ponds, we expect the cold water to fall to the bottom. Yet the water changes its nature completely and a strange thing happens: After reaching a certain degree of coldness, it stops sinking and begins rising. The colder it gets the more it rises. The warm water sinks, and HaShem makes the top freeze over to protect the fish and other water life. If the water would not behave so, it would freeze solid. All the fish and marine life would die. It would take ages for the water to thaw. In addition, after it thawed, as the fish and vegetation would no longer be there to keep it fresh, the whole the body of water would stagnate.
Posted by Eretz Yisroel in the Lens at 5:36 PM

Labels: The Miracle of Snow