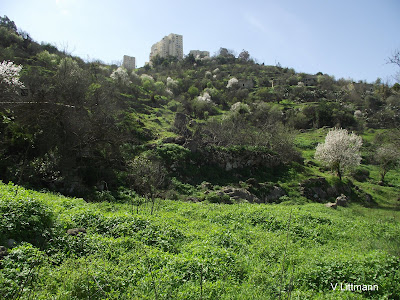 By  V. Littmann
Winter is ebbing, blossoming into spring. The days are becoming lighter and warmer. The entire Eretz Yisrael, carpeted with wild flowers, is a kaleidoscope of bright spring color. Pesach is approaching.
We long with an all-encompassing intensity, born of a deep, over 2,000-year-old yearning, to go to the Beis Hamikdash and bring the korban Pesach. It pains us deeply that so many years have passed since this marvelous mitzvah was performed in our holy and beautiful Beis Hamikdash, which is no more. We deeply desire the rebuilding of Hashem’s house and the arrival of Moshiach.
It is our heart-felt prayer that the s’chus (merit) we will have from studying how the Korban Pesach (Pesach sacrifice) was performed and some of  its accompanying miracles will bring the Geula (redemption) closer and expedite the coming of Moshiach Tzidkanu. We should be privileged still this year to eat from the Pesachim  and Zevachim (the two sacrifices eaten on the Seder night).
Arriving in Yerushalayim
The number of people who ascended to Yerushalayim on Pesach was greater than at any other festival, as the only place the korban Pesach, the Pesach offering, could be sacrificed was in the azarah – the courtyard – of the Beis Hamikdash.
Eating the korban Pesach is a positive, time-bound mitzvah. Women are usually exempt from such mitzvos, but eating the korban Pesach is an exception. As women experienced the Exodus from Mitzrayim with all its miracles, they, too, are obligated in its performance in the same manner as men. On the festival of Pesach women were also obliged to come up, to partake in the korban Pesach.
Anyone within thirty days’ (-/+ 900 miles) distance of Jerusalem who did not come and participate in the korban Pesach transgressed a positive mitzvah and was chayav kares, liable to be spiritually cut off from the Jewish people. Many people who were even further away also came, as they wanted to participate in this uplifting mitzvah. S o we find that on  Pesach, most of Am Yisrael in their multitudes, converged on Yerushalayim.

Calculating the Numbers, Counting the Miracles
The Gemora in Pesachim 64b tells us that King Agrippas wanted a census of the number of oleh regel, to know how many pilgrims traveled to the Beis Hamikdash to bring a Pesach offering. As it is forbidden to count Jews, the Kohen Gadol advised him that the left kidney of each Pesach sacrifice be put aside and counted. Twice six hundred thousand (twice the number of males who came out of Egypt) -A full 1,200,000 Pesach sacrifices were counted through this method Each sacrifice had a chaburah, or group, of at least ten participants. Therefore, the minimum number of Jews in Yerushalayim that year was 1,200,000 times 10, which amounts to 12 million Jews. Rav Chiya says some sacrifices had groups of up to forty or fifty people participating, and Rav Bar Kafra says even a hundred could participate in a chaburah. This means that there were many more than 12 million people in Yerushalayim that Pesach . But for convenience’s sake we will work with the minimum count of twelve million yidden. 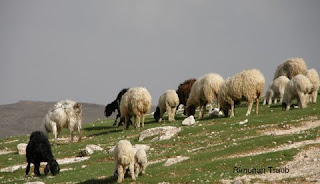 The heads of the Sanhedrin commanded the animal dealers to bring their sheep and cattle to Yerushalayim so there would be enough animals to sacrifice. They hurried joyfully to obey the Sanhedrin and drove their flocks toward Yerushalayim. The mountains and hills around Yerushalayim, as far as the eye could see and even further, seemed as if covered in sparkling snow, as the animals were so numerous.
It is an open miracle that 1,200,000 healthy male lambs or kids under a year old were found for the korban Pesach.

As it says in the Torah, “On the tenth of the month, each man shall take for himself a lamb for his father’s household, a lamb for a house” (Shemos 12:3). Therefore, each chaburah sent one of its members to be in Yerushalayim by the tenth of Nisan so the korban Pesach could be examined at least four days before it was slaughtered. Even though there is no obligation to remain in Yerushalayim after the first day of Yom Tov, most, if not all, of the people only went home after the festival was over. It was so uplifting and inspiring in Yerushalayim, who could go home? 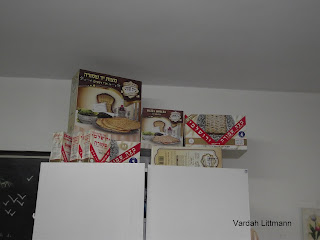 The Sanhedrin made sure there was enough food for at least ten days for all the millions thronging to Yerushalayim. A person needs two kilograms of food per day. Multiply this by ten; i.e., twenty kilograms per person for ten days. Multiply this by 12,000,000 people, and you’ll see that 240,000,000 kilograms of food were needed! That’s in addition to the twelve million bottles of wine needed for the four cups consumed on the Seder night.
All the millions who had come up to Yerushalayim had to sleep somewhere. The Sanhedrin established a gemach of available apartments. Also, the inhabitants of Yerushalayim invited the oleh regel to their homes.
And somehow, miraculously, a minimum of twelve million people all fit into Yerushalayim with comfort and expansion during Pesach. Each one had lodgings with a bed to himself. No Jew ever complained that there was no place for him in Yerushalayim. Like a mother always finds room no matter how many children come to visit, so too with Yerushalayim.
One who had come in contact with a human corpse and was thus ritually impure from it could not bring the korban Pesach. To be purified, such a person needed to be sprinkled with mei chatas (red heifer ash mixed with spring water). There was a special street in Yerushalayim where people were sprinkled on the third and seventh day of their purification, called “Taharah Street.” Mei chatas was thrown from a window. The amount of water thrown was so great that the whole street resembled a great channel of water. People slipped when walking on this street from the sheer volume of water found there. 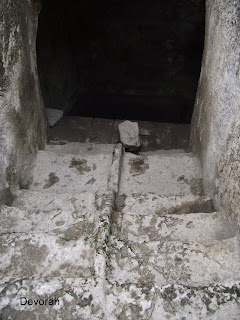