Hiking in the Aminadav Forest© 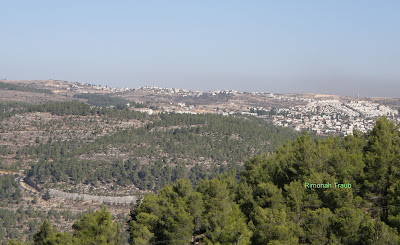 Above Moshav Ora, past Moshav Aminadav is the Yad Kennedy Memorial.
Ora's Arab name is Jora which means low place in Arabic. But in colloquial Hebrew Jora means sewer, so the name Ora was given to 'lighten' things up a bit. Both the Moshavim, were founded in 1950 by Olim from Yemin. 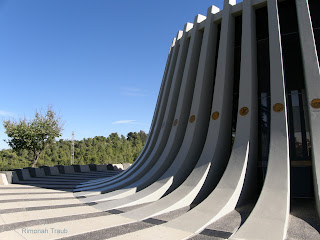 As you travel up the winding mountain roads into the Aminadav Forest on Road 3877, you reach the top of the mountain, 825 meters high. Here, we the monument in the shape of a cut tree trunk. This mountain top memorial symbolizes a life cut short and is dedicated to the memory of President John F. Kennedy, the 35th President of the United States of America, who was assassinated in 1963 at the age of 46. Encircling the Yad Kennedy building are 51 columns, each bearing the emblem of a state of the Union, plus the District of Colombia. Inside the hall, an eternal flame burns at the center of the room. It was built in 1966 with funds donated by Jewish communities in the USA. 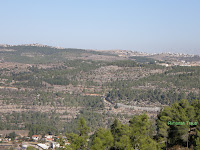 The view from this memorial mountain is simply magnificent. On a clear day you can see all the way to the blue Mediterranean coast line behind the Judean and Hebron hills.

Spread across an area of 7 kilometers, the Aminadav Forest is a combination of natural woodland and trees planted by the Jewish National Fund. The forest has several natural springs, ancient agricultural terraces, orchards, ancient wine presses and chalk pits. 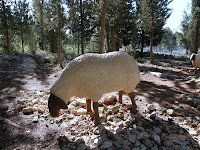 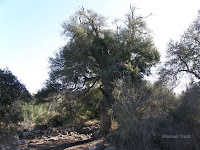 If you take the log-steps near Yad Kennedy, down into the sweet-smelling pine forest you’ll reach a cluster of picnic tables. These are placed near the most authentic looking stone sheep. Walking on what is now flat land and then crossing over the dirt road, you come to Hirbet Sa'adim, a small nature reserve.

Hirbet Sa’adim was declared a nature reserve because of the oak trees growing here, believed to be at least four hundred years old. These oak trees have reached great proportions which is not unusual for their species. There is also an ancient, impressive carob tree in the reserve, plus the ruins of a tomb of some Arab sheik, Ahmad by name,on which lizards play . The area was named Hirbet Sa’adim, “Happy Woman" in Arabic, because it was believed that Arab women should pray here to be blessed with offspring. Before 1967 Arab women came to pray here, but during the Six Day War the tomb was badly damaged and apparently lost its magical powers as now no-one comes to do devotions here any more.

Continuing west for an additional three hundred meters along the edge of Hirbet Sa'adim, you come to Ein Sa'adim. This spring flows from two short fissures hewn in the rock. In earlier times, water was collected into two wells still found in the area. The water was then directed from these wells to terraces beneath the spring which contain remnants of ancient almond trees. 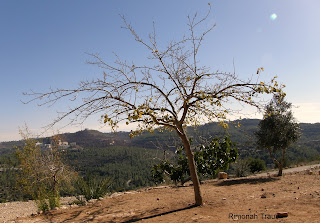 Following a signpost along a short trail up a steep hill to the Sa'adim picnic site, you find yourself in the Cairo Martyrs Grove. The grove is dedicated to the members of an Israeli intelligence network that operated in Cairo in 1954. Several of the members were executed when the network's operations were discovered.

There is a circular path accessible to the handicapped and mothers with strollers, which is about a kilometer long. This path leads from the Cairo Martyrs Grove to a popular recreation area and then returns to the grove.

Bring lots of water, comfortable walking shoe, and a hat. 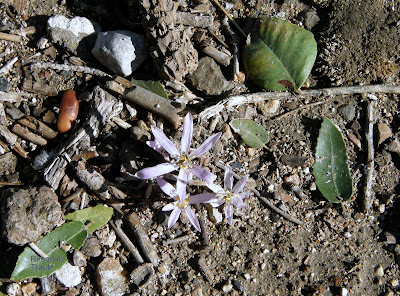 Posted by Eretz Yisroel in the Lens at 4:35 PM