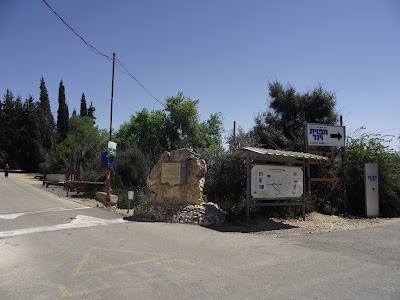 Kibbutz Palmach-Tzova is located in the Judean hills to the side of the scenic Road 395, not far from Jerusalem. On the grounds of the kibbutz is a conical hill called Tel Tzova  or Jabal Suba, rising 769 meters above sea level. This was the site of an ancient Jewish settlement in the days of Joshua Bin-Nun. It is mentioned both in Shmuel Alef and Beth. One of the giborim of David HaMelech, Igal ben Nathan, came from here. It is identical with the place called Seboim which is mentioned in rabbinical literature. 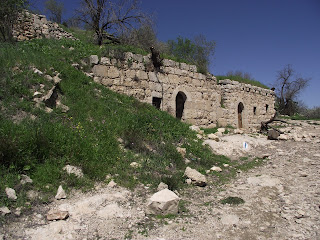 Around 1170 .C.E, the Crusader fortress Belmont, was built on Tel Tzova to guard the route to Jerusalem. The name , meaning “beautiful mountain,” describes the stunning beauty of this landscape. The castle was conquered by Salah a-Din in 1187, and some say that it was destroyed by him 1191.

It would seem that there was an Arab settlement on the tel from about 1225 C.E. The walls and the fortifications built by the Crusaders in the village were destroyed by Ibrahim Pasha in 1832. In the mid-nineteenth century, the village was controlled by the Abu Gosh family. The village economy relied on wheat, barley, olives, and grapes. . 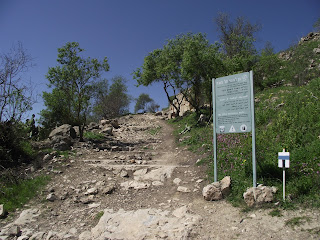 In 1948, Tzova became a key location near the highway. The irregular forces of the Egyptian Muslim Brotherhood stationed there began to terrorize  convoys on the Tel Aviv-Jerusalem Road that were bringing supplies to the starving Holy City .The village was attacked several times by the Haganah, and finally conquered by the Palmach during the night of July 12-13. Most of the inhabitants fled and those who remained were expelled.


In October 1948, the "Ameilim" group of Palmach veterans established a kibbutz called Misgav Palmach on the village lands one km to the south. Later it was renamed Kibbutz Tzova or Palmach Tzova. 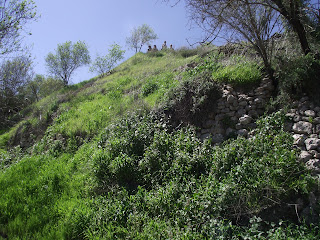 Today Tel Tzova is a national park surrounded by the lands of the kibbutz. The ruins of the village are visible along with remains of . Care should be exercised when exploring the ruins. Follow the warnings posted and do exactly as they say.

The vegetation is typical Harei Yehudah Choresh (woodland) and very beautiful at this time of year. You can see many types of trees, including pines, conifers, and terebinth. Also the area features an abundance of flowers in yellow--chardal (mustard), charzit (daisy), and sorasim (dandelion)-- in pink-- chalamit (mallows) and  rakafot (cyclmen)--- and red-- kalanyot (anemones), noriyot (buttercups), and pereg (poppy). 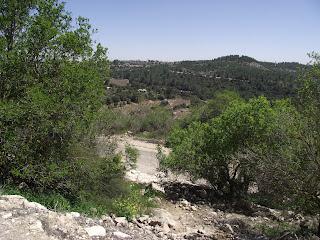 Take a three minute walk in from the main road, across from the entrance to Tel Tzuba, and you come to a meadow with two very old trees. One is an 800 year old oak, and the other is a 1,200 year old olive tree.

The spring of Ein Tzova originates from a mysterious underground cave that can be reached through a 40 meter-long tunnel. The entrance to the tunnel is low, but as you continue walking, it gets higher, leading to the cave where you can stand up. Hundreds of these systems were built in the Judean Hills during the Second Temple Period.

The cave and tunnel are well lit, and they are open to visitors for a small fee of NIS 10 for adults and children over five, from 10 am to 5 pm. For information or to make a reservation to visit the cave, call 02-534-7000. 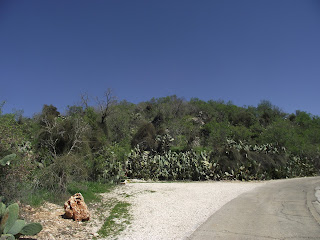 An  excellent quality boutique winery, with a variety wines, is found in Kibbutz  Palmach-Tzova. The hechsher is that of Matay Yehudah and OK. Visitors are welcome to take a guided tour of the winery, the vineyards  and the ancient second temple wine press nearby. The winery is closed on Chol HaMoaid.


There is an  amusement park, Kiftzuba , at Kibbutz  Palmach-Tzova. There are air-filled slides, mini-motorcycle rides, bumper cars, and a mini-train.  There is a also, small petting zoo for children who love animals. 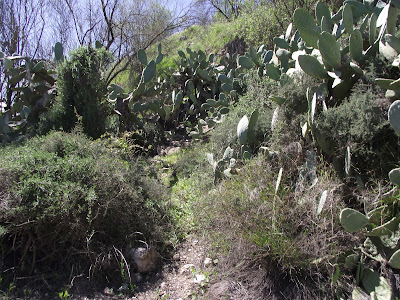 Posted by Eretz Yisroel in the Lens at 10:55 PM