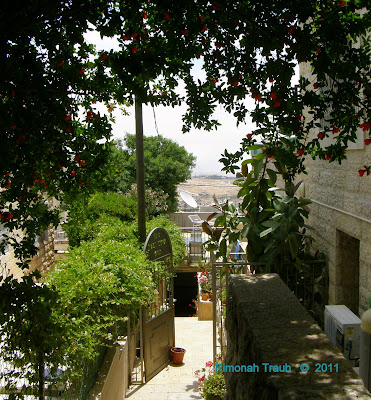 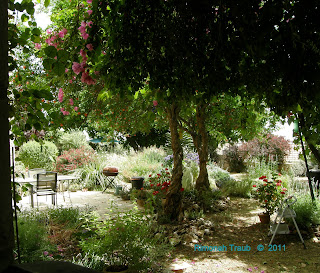 Located off Rechov Derech Chevron is picturesque Abu Tor where the 1948 armistice line with once ran between its Jewish and Arab sections. A wooden board now marks the place were the border once stood. Before ’67, the Jewish section was rundown, but it’s now become a very upscale and exclusive residential area.

In most of these “border” neighborhoods, relations between the Jews and their Arab neighbors across the armistice line were far from cordial. Here in Abu Tor  the situation was different. The story goes that on one occasion, when a chicken escaped her coop on the Jewish side and ran across the border, it was returned to its mistress by the Arab legionnaires.

After the Six Day War, city planners decided to make Abu Tor into a mixed Arab-Jewish suburb because of its reputation for peaceful co-existence. Even a mixed school was built. Today Arab-Jewish cooperation has cooled down considerably, and there are many car thefts in the area because of its proximity to the Arabs. 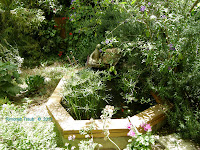 At one time Abu Tor had a clubhouse for the sightless where fragrant plants and spices were planted. It also featured a Braille map of .

The neighborhood was given the Hebrew name Givat Chanania in memory of a Second Temple Cohen Gadol who had his summer home here, but this name hasn’t really caught on. The Arab name Abu Tor, meaning “father of an ox,” stems from the legend describing how a crusader rode on a bull. 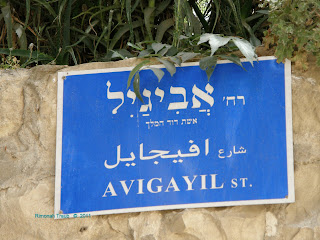 Street names in often have a connection to the area’s geographical location. In this case, Ir David is in the valley below the neighborhood, and all the street names in Aub Tor are connected to Dovid HaMelech. The street names include Dovid’s ancestors Nachshon, Naomi, and Ishai, his sister Zuriah, and his wives’ names.

The Ashkenazi Har Refaim Shul, on 14 Rechov Nachshon, is located in the upper section of Abu Tor, more than 2500 feet above sea level. From here in a northern direction, you have a beautiful view of the walls, the , and . To the east, you see the neighborhood of Silwan, the , and the mountains of and even of Moav. The Sephardi shul in the area is Shalom VeAchvah.

Beit Yosef Bet was a settlement built below Abu Tor at the end of the nineteenth century by Yosef Navon. This colony proved unsuccessful when no one wanted to live there. 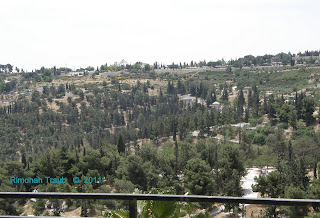 Presently, Abu Tor has many big, old villas that have been renovated, as well as modern apartment buildings. The tree lined streets, hundreds of private gardens, and many small parks and playgrounds make this a beautiful neighborhood. It’s also in easy walking distance from the center of town and borders on the tranquil where a tree is planted for every child born in .

Abu Tor can be reached by the Egged bus no. 74, but take care that you only walk through the Jewish part of the suburb.

Published in "The Engiish Update." 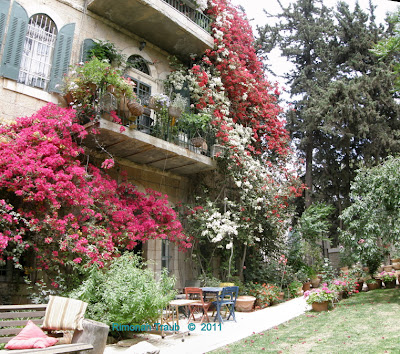 Posted by Eretz Yisroel in the Lens at 6:48 AM