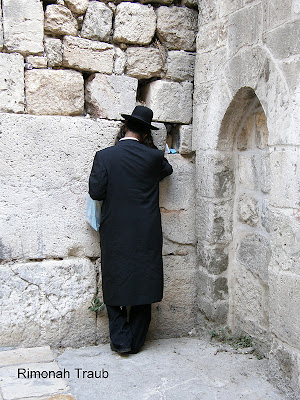 The Kosel Hakatan(Small Wall) is the “little sister” of the well-known Western Wall, and is reminiscent of the
photos and drawings of the way the Kosel looked before 1948. It is located 200 yards further north of the regular Kosel, and is on the same level as Har HaBayis (the Temple Mount). Since its plaza is much narrower, and the majority of the wall is underground (thereby concealing much of its height), the Small Wall is less impressive than the Western Wall. 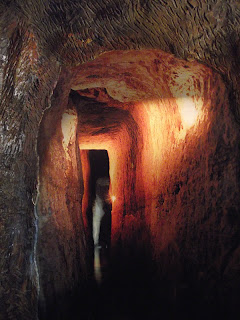 The remaining Western Wall of Har HaBayis is intact for its entire length, but almost all of the wall is covered by Mameluke and Ottoman Turkish period housing, which use the wall as support. If one goes into the Kosel Tunnels, one can follow the Western Wall till its northwestern corner. The area of the Kosel Hakatan is a tiny, barely-10-meters-long, exposed (i.e., with no houses covering it) section of the retaining Western Wall, within the Muslim Quarter. At the Kosel Hakatan are Arab homes adjacent to the Wall. The Wall — the continuation of our Kosel — is, to our great consternation, serving as a wall of these people’s dwelling places.

The Kosel Hakatan plaza is only about four meters wide. Arab residents, who call it Rabat el-Kurd, use it as
a passageway.

There are two small courtyards at Kosel Hakatan Plaza. For generations the elders of Yerushalayim used to come here to recite Tikkun Chatzos. A small enclosed structure there marks the spot in which, a few generations ago, the prophet Eliyahu appeared to one of Yerushalayim’s Rabbanim. Others claim that the Divine Presence itself appeared here to Harav Avraham HaLevi Beruchim, a talmidof the Arizal. The structure consequently became a place to daven in. It was later desecrated by Arab residents of the courtyard, who used it as a bathroom.

Kotleinu (“Our Wall”), the informal committee run primarily by Old City residents, has been working to
promote and improve conditions at the Kosel Hakatan. The condition of the wall is very bad, and Arab children scramble and climb over it all the time.

When for the first time in 40 years — in January of this year, 2011 — restoration work was done, it was hoped that improvements would include restoration of the crumbling stones of the Wall, a new floor, drainage, and wheelchair accessibility. It was thought that a solution, possibly in the form of benches or a mechitzah demarcating a corridor for the Arab residents to pass through, would be set up. 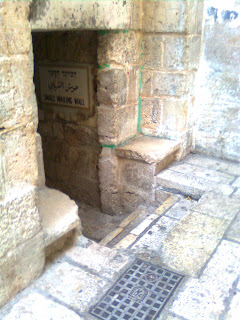 However, all that was done was to add a street sign identifying the location as the Small Wailing Wall, in English and Hebrew, and to remove part of the cluster of useless building-supports from the far end of the plaza. The supports had been there for years and did not allow access to the entire length of the Kosel Hakatan. The Arab residents who live in the adjoining building used to throw their garbage in the area under the props. The decades-old scaffolding had been put up to support an arch that was to support the house next to it while it (the arch) was being built. Once the arch was up and dry, the prop was superfluous!

Despite the fact that the props were actually useless for almost 40 years and did not support the building, at least one Arab newspaper condemned their removal and blamed “Jewish extremist worshipers” for an action that was liable to cause the building to collapse.

In 1972, Harav Meir Yehuda Getz, zt”l, the Rav of the Kosel, was in the lower level of the Kosel Hakatan area, as the digging of the Tunnels was taking place. He heard very loud knocking coming from above. On going up to see what had caused the noise, to his horror he found city workers driving beams directly into the Wall in order to support the condemned Arab house that had become unstable, either due to the dig or because of water gathered below it.

Mayor Teddy Kollek had decided that this house had to be saved, no matter what. (This, as opposed to the buildings adjoining the Kosel, which were razed immediately after the Six Day War). Teddy put the families up in hotels, and the contractors he brought in simply drove a network of props and supports, that resembled a jungle-gym, into the Wall, so as to build a supporting arch for the building.

There was an outcry throughout the country. Even the Waqf protested this desecration. Thus, the Small Wall was saved. A “funeral” was held for the sacred stones and fragments that had been destroyed in the process of putting up the beams. 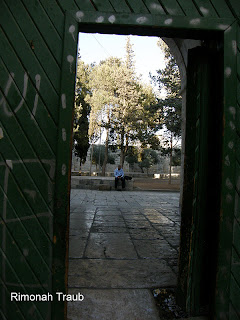 Isolated incidents have occurred over the years between those praying at the Kosel Hakatan and the Muslim residents of the courtyard. An apartment in the courtyard, which belonged to a member of a Palestinian terror organization, was confiscated in the 1970s by the Israel because of terrorist activity. Another building, on the corner of Chaggai and Shaar Habarzel Street was confiscated at the same time for the same reason. Later, in 1999, the government decided to establish a police station there.

At the side of the courtyard that one enters to reach the Kosel Hakatan is a large, green gate manned by policemen. This gate is called Shaar Habarzel (the Iron Gate; or Bab al-Hadid). Through the open wooden gate, you may catch a glimpse of Har HaBayis. The heart bleeds at beholding the makom haMikdash in such desolation. Seeing it so close up brings the reality of galus into sharper realization and heightens the pain.

To reach the Small Kosel, walk through the short tunnel in the far-back corner at the left of the men’s prayer
section of the Kosel. Continue on Rechov Hagai (El-Wad Street), past Cotton Market Street, on your right, 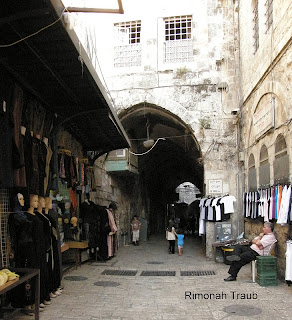 On Erev Shabbos, tefillos are held for Kabbalas Shabbos and Maariv at the Small Kosel.