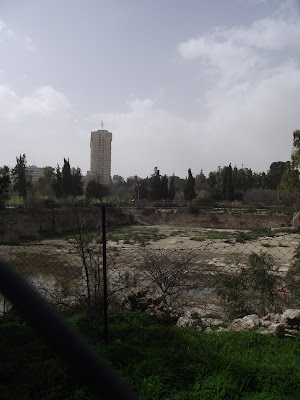 Across from the Mamilla Shopping Mall on , with the Palace Hotel on the opposite pavement to its left, is an overgrown plot of land. The enormous Mamilla pool can be viewed at this site. It’s one of the three pools constructed by Herod to bring water to during the end of the period.

Certain toads and tree frogs are species that can only be found in the Mamilla pool. The name Mamilla  probably stems from the Arabic name meaning "that which comes from G-d." Others say the name Mamilla may be a corruption of the Hebrew word for “the filler” (m'malle). 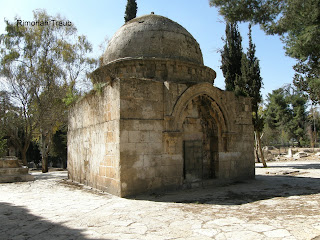 The area next to the Mamilla Pool has caused much controversy, especially in recent years. The Palestinian Authority claim it as theirs by virtue of the moss-encrusted stones of the dilapidated Moslem tombs in the area. In August, 2010, some Arabs stealthily arrived one night and erected new fictitious gravestones. When the municipal employees removed three hundred fake graves, claiming that one could clearly differentiate between the genuine old stones and these new ones, they were informed that these new gravestones were old ones that had been restored.

Most prominent of all the neglected tombs in the area is the domed shaped one of the Moslem ruler of Sefas, Amir Aidughidi al Kibaki, who was banished to and buried in this tomb in 1289. The Arabs call this cemetery Turbat Kibaki after his name.

At the far end of the area behind a tall white fence, encircled by armed soldiers, is the future site of the Simon Wiesenthal Museum of Tolerance. This 250 million project has generated a storm of protest from the Arab world. The history of this controversy goes back to 1929 when the builders of the Palace Hotel found many Moslem graves on the site.

Haj Amin el Husseini was then the Grand Mufti of Jerusalem, and as an ally of Hitler, yemach shemo, he planned to destroy the Jews of Eretz Yisrael. The Mufti built the Palace Hotel, invoking the concept of mundras, in which a cemetery is considered to be abandoned and loses its sanctity.

In the ‘80’s, during the planning of a shopping mall in the area, the Waqf gave permission to remove the graves, and again the reason was given as mundras. However, in the case of the Museum of Tolerance, the builders neglected to ask permission from the Waqf, and Palestinian groups rose up in stiff resistance. It’s ironic that the museum, which was supposed to encourage tolerance between Arabs and Jews, has given fuel to the fires of hatred. 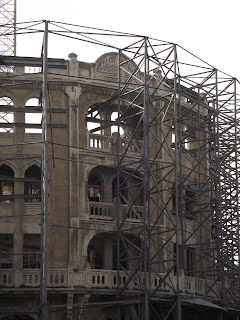 The Waldorf Astoria Collection is now renovating the historic Palace Hotel and turning it into a 220 room hotel with 30 residences. The structure has been completely gutted while retaining the detailed outer walls which are the only remnants of the original building.

Built as the Arab competitor to the , the Palace Hotel hosted the famous Peel’s Commission in 1936 which claimed that Eretz Yisrael had only enough land and resources for 600,000 people. This is ample proof of the “Eretz HaTzvi” quality of The Land and its ability to stretch to accommodate all of the five and a half million Jews who live here, with room for millions more. 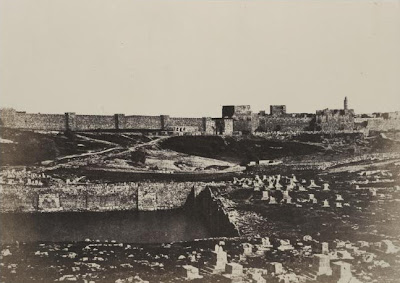 Posted by Eretz Yisroel in the Lens at 8:29 AM