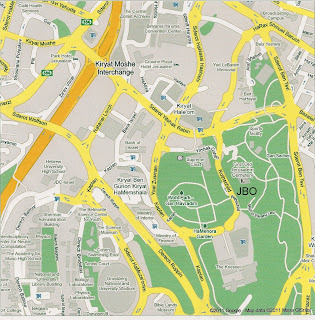 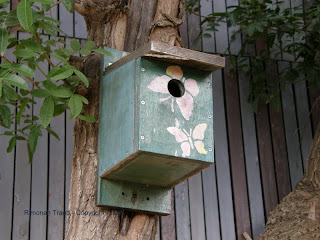 Eretz Yisrael also happens to be the center of the world for migrating birds from Asia, Europe, and . Many thousands of birds fly over our land every year. You can enjoy first rate bird watching right in the heart of at the Jerusalem Bird Observatory which is located on prime real estate near the Knesset within a 10 to 15 minute walk of the Central Bus Station.

The Israeli government allocated a one-acre plot (5,000 square meters) of land for the where birds are captured in nets and ringed in order to monitor bird populations and migrations. Throughout the various seasons of the year migration patterns in are studied by collecting and analyzing date. Visitors can observe how the birds are ringed, weighed, and measured. By examining a bird's wing the age of the bird can be estimated. 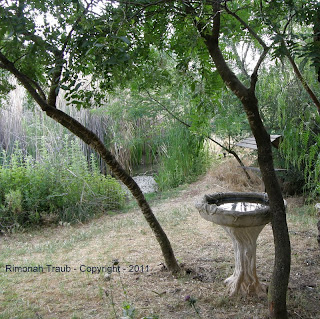 The site of JBO lay in a state of neglect for many years until it was landscaped and walking paths were created. In order to attract a wide variety of birds, many fruit trees were planted, and each one bears a wooden placard with the name of its fruit.

Part of the wooden ringing (banding) station was set up so that visitors can sit quietly on wooden benches and observe the small pond nearby though a long wooden wide slit in the wall. With the croaking of frogs and chirping of birds as background “music,” birds hop around, as well as some white rabbits, and a few turtles can be seen ambling along. In the evenings owls, porcupines, and hedgehogs appear on the scene.

At this time of year, you can observe many Blackcap Warblers whose black feathers (in the male birds) on their heads make it seem as if they are wearing kippahs. The females of this species have a brown head covering. Some of the other types of birds to observe in this season are:  Olivaceous Warbler, Bulbul, Great Tit, Hooded Crow, Sunbird, Eurasian Jay, and Graceful Prinia. It the winter, you can see Robin, Wagtail, and Chattinch, among others. 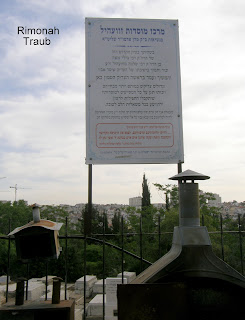 The area of the JBO is located in what is called Sheikh Bader. At the time of the British Mandate, the Arab village on this hilltop in West Jerusalem was part of the municipality. During the 1948 War of Independence, the Arabs abandoned their homes in the of and the area was used as a temporary cemetery for people who died during the siege on . The Rebbe of Zvil, Rabbi Gedalia Moshe Goldman, was among those buried here.

To reach the Jerusalem Bird Observatory; travel on Sdrot Yitzchak Rabin and turn in at the Supreme Court onto Rechov Rothschild. After 100 or so meters to your left you will see the Zviler Rebbe's gravesite. Go down the stone steps in the direction of the cemetery but do not enter. Instead, turn onto the dirt pathway to your right. Keep on going until you reach the wooden building where the JBO is housed. 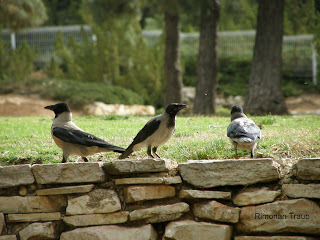