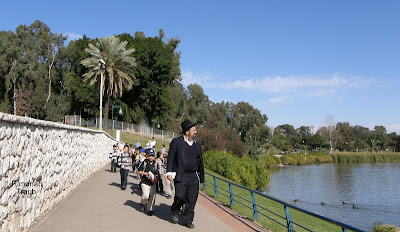 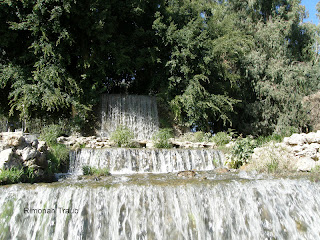 The beautiful, verdant Park HaLe’umi is the crown jewel among Ramat Gan’s 130 parks and public gardens. The park stretches over lawns and groves of about 1.18 square miles, surrounding an artificial lake which features a number of cascading fountains. Also flowing into the lake is a sparkling waterfall. This lagoon is home to numerous ducks and swans of different species, and the magnificent rolling lawns afford plenty of space for the children and grandchildren to play.

The Ramat Gan National Park is found on Echad Ha’am Street, in southern Ramat Gan. Its official name is Avraham Krinitzi National Park, named for the first mayor of the city of Ramat Gan, who served in this capacity for 43 years. For many years his name was synonymous with the city. The park is the second-largest urban park in Israel (after the YarkonPark). 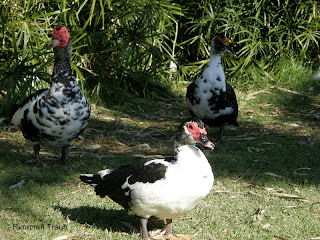 The city of Ramat Gan, which is midway on the coastal plain that stretches from Ashkelon up to the Carmel mountain range, is built on limestone hills and sand dunes, making most of the city flat, with only a slight elevation. A 15-minute drive by car from the sea, Ramat Gan has a Mediterranean climatewith long, hot, dry summers (24°C-32°C) and short, cool, wet winters (10°C-17°C) and an average annual rainfall of 500mm.
It is bounded in the north by the Yarkon River. On its western border lie the cities of Tel Aviv and Givatayim and to its east is Bnei Brak. Together with other cities, they form an urban conglomerate, where one city merges into the other for it’s more than 1.5 million inhabitants, and the area is known as Gush Dan. 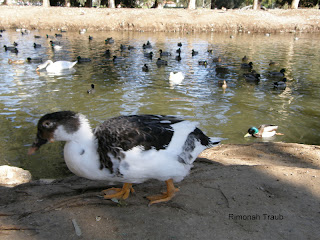 Ramat Gan itself is Israel’s greenest city. It adheres to a self-imposed rule that 25 percent of the city’s area must be dedicated to green space covered by public parkland. Initially established between 1921-1923 by residents of Tel Aviv and Jaffa as a semi-rural neighborhood, the first plots of land were purchased between
the years 1914–1918. Ramat Gan was at first known as Ir Ganim (City of Gardens). In 1923 its name was
officially changed to Ramat Gan (meaning, Garden Heights).

In 1926, under the British Mandate it was officially recognized as a local council, even though it functioned 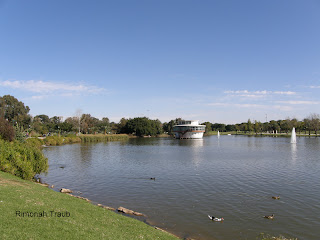 as a moshav (a cooperative agricultural settlement) that grew wheat, barley and watermelons until 1933. At the time it had 450 residents. Over the years, its economy shifted from agriculture to commerce and industry. By 1946, Ramat Gan’s population was up to 12,000, and in 1950 it already had 62,000 inhabitants and was given official status of a city. It now has a population over 150,000.

In the ’60s, a few important events made Ramat Gan into what it is famous for today. In 1961, both Tel 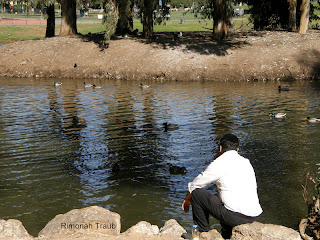 Hashomer Medical Center and Bar Ilan University were incorporated into the boundaries of Ramat Gan, and Israel’s Diamond Exchange was opened in the city in 1968. During the first Gulf War in 1991, Ramat Gan was hit by Scud rockets from Iraq several times.

Ramat Gan has 112 synagogues and two yeshivos.
Published in Hamodia
Posted by Eretz Yisroel in the Lens at 11:00 AM