Beit Orot, the Return of a Jewish Presence© 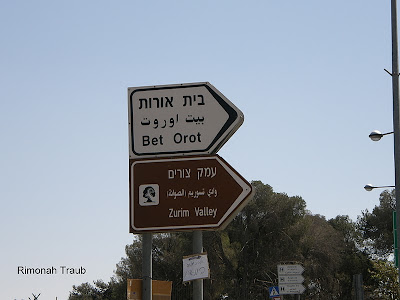 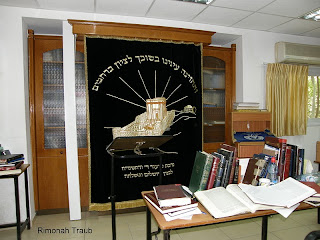 The beautiful Beit Orot complex stands like a lighthouse surrounded by a sea of Christian institutions that are situated on land owned by their churches. With its terraced gardens, Beit Orot looks out on the Mount of Olives and the Temple Mount. The fact that it stands in the middle of all this tumah is one of the reasons for its name which means House of Lights. It houses the Irving Moskowitz Yeshiva & Campus where the light of Torah learning is generated to protect the area and all of Jerusalem.[Image]


The land was purchased, in 1990 by the “Modern-day Montefiore” Irving Moskowitz, an American philanthropist at the promoting of former kneset member, Rav Chanan Porat . The property Moskowitz acquired had special meaning for Rav Chanan Porat z"l, who passed away last week after a long illness. This is the place where his platoon commander, Giora Ashkanazi, fell during the Six Day War. The paratroopers of their brigade were on their way down Har HaZeisim, past Augusta Victoria Hospital, when Giora was wounded by the Jordanian crossfire. The contingent had to keep going and was instrumental, with Hashem’s help, in reunifying Jerusalem. It was after the battle was over and the Old City secured that Rav Chanan found out that Giora Ashkanazi had succumbed to his wounds. 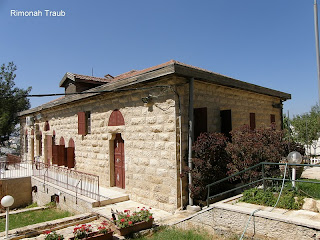 Rav Chanan Porat z"l was torn by two conflicting emotions. On the one hand, he overflowed with joy that Jerusalem was in Jewish hands, yet the pain of his commander’s death cut him to the core. The name Beit Orot is a memorial to Giora Ashkanazi whose name suited him perfectly; he was a wonderful person who radiated the light of goodwill to everyone he encountered, as the “ora” in his name indicates.


The then mayor Teddy Kollek tried to dissuade Moskowitz from purchasing the site for Jews by attempting to expropriate the property for use as a Palestinian school. He vehemently opposed the purchase of the land for the yeshiva, but soon after, he was voted out of office 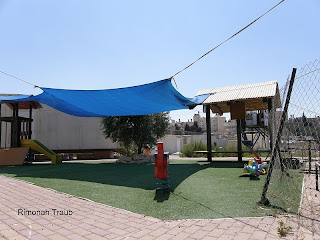 As of today, graduates of Beit Orot have decided they would like to continue living there with their wives and new families. Caravans(trailers) have been set up near the Yeshiva and in January 2011 a cornerstone laying ceremony for 24 homes, with place for many more, was held in Beit Orot. The new buildings are being built on the hill. One of them sorounds a heritage building, and will preserve the integrity of the old construction.

At the entrance to Beit Orot, in what is to become a playground, is a white stone slab engraved with the prophecy of Zecharia in Chapter 8, 1-8. Here the prophet says that Hashem states that He will return to Jerusalem and He will return all His people. Children will fill the streets and play there. The Ibn Ezra comments on these verses, that at that time of return, Hashem will perform miracles greater then He has ever done before. 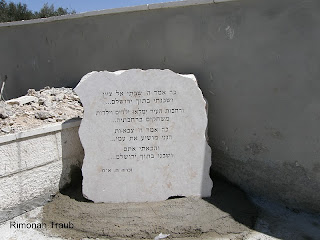 And this brings us to the fourth reason Beit Orot is called by this name. Beit Orot is the first place the sun hits as it rises to the east of Har HaZeisim. This is very symbolic as Beit Orot represents the first Jewish presence in two millennia on, the Mount of Olives. The institution was set up to create a “fact on the ground” in the area so as to ensure that with the help of Hashem, Jerusalem will never be divided again.


An official tour of Jewish East Jerusalem is offered by Beit Orot, free of charge. On this unforgettable tour, you’ll see Jerusalem from a new perspective
Things you will see and learn about on the tour:1. What’s behind the headlines at controversial locations like the Shepherd Hotel and the Shimon HaTsaddik neighborhood. 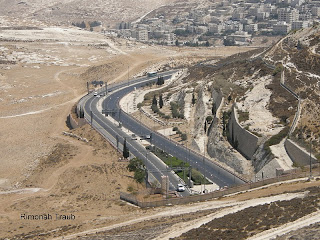 2. Breathtaking views of the Jerusalem skyline and the E-1 zone in the Judean Desert.
3. Historical Jerusalem, the Kidron Valley, Emek Tzurim, and the Temple Mount.
4. The paratrooper brigade’s route to the Old City when Jerusalem was liberated in the Six Day War.
5. Beit Orot, a growing community on the Mount of Olives.

6. The demographic layout of Jerusalem and why strong Jewish communities in East Jerusalem are crucial for the future of a united Jerusalem.
To schedule a tour and for more information, website Www.beitorot.org email trips@beitorot.org.  or phone 02-628-4155


Published in "The English Update"
Posted by Eretz Yisroel in the Lens at 6:30 PM

Labels: Beit Orot, the Return of a Jewish Presence