The Health Giving Waters of the Dead Sea© 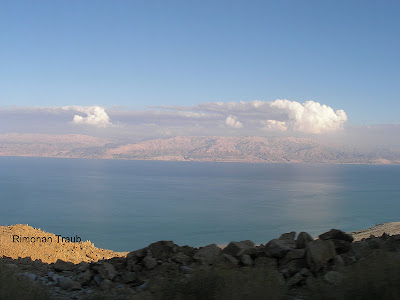 We had hoped that the would mange to be one of the seven finalists in the Seven Wonders of the World Contest. That it didn’t win has nothing to do with its merits as a wonder of the world. It has more to do with the fact that even if all the Jews in and even worldwide were to vote for the as their choice, the number would still be far outweighed by the millions of people living in the places that did win.
Looking at it objectively, the truth needs to be told that the Dead Sea is without a doubt one of the . The stunning beauty of the is indisputable. On a calm day it reflects in its sapphire hue its surroundings like a mirror. Many call it because of this mirror image seen within it. Hot, dry, and surrounded by impressive rock structures, the region attracts visitors for its Biblical history, spectacular archeological sites, and the extremely buoyant waters of this salty sea.
Alarming Shrinkage 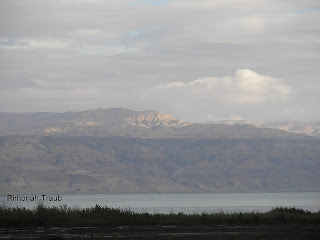 The Dead Sea is the lowest spot on dry land on earth at 423 meters (1,388 ft) below sea leavel. It faces an environmental threat as it has shrunk dramatically in the past 30 years due to the Dead Sea mineral extraction and to human exploitation of the Jordan River feed waters. The Jordan River is the only major water source flowing into the . Add to this the fact that the area has scarcely 100 mm (4 in) of rain per year in the northern part of the and barely 50 mm (2 in) in the southern part.
For thousands of years the surface of was generally stable, fluctuating at a level of around of about 400 meters (1,300 feet) below sea level. Human activities started to make an impact by the 1950s.  The water level began to drop at a rate of 30 centimeters (about a foot) each year. The last ten of so years has seen an accelerated rate of about a meter (more than three feet) a year. The level of the has dropped by more than 30 meters (nearly 100 feet) since the early 1930s.
This rapid shrinking has led to the sudden formation of sinkholes, (bolanim) which damage roads and bridges and threaten lives. More than 2,500 sinkholes now line the shores of the . There are also small perennial springs under and around the , creating pools and quicksand pits along the edges. Most have appeared since 2000.
The
Also named Yām HaMélac or Salt Sea, it is the second saltiest body of water on the globe. It is 8.6 times saltier than the ocean. The has a density of 1.24 kg/L which make swimming hard but does provides a relaxing floating experience. At 377m (1,237 ft) deep, the Salt Sea is the deepest hyper saline lake in the world. The is 67 kilometres (42 miles) long and 18 kilometres (11 miles) wide at its widest point. It lies in the Jordan Rift Valley.
It is also called Yām HaMā́we, because its high salinity prevents aquatic organisms, such as fish and aquatic plants, from living in it, though minuscule quantities of bacteria and microbial fungi are present. After a flood or a rainy winter The Dead Sea temporarily comes to life. In 1980 the normally dark blue Dead Sea turned red and was teeming with a type of algae called Dunaliella.. This algae nourished red-pigmented halo-bacteria which caused the color of the sea to change. Since that time the algae and the bacteria have not returned in measurable numbers.
Mineral Rich 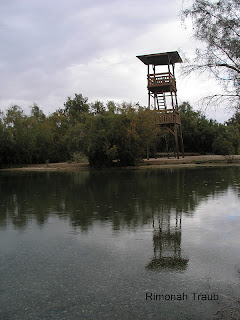 .The ’s minerals have been used by mankind from earliest times. The Egyptain used them for in the mummification process. The medicinal powers of the waters were always well known. Healing powers were ascribe to the muddy shores and mineral-rich salts. It is claimed that one of the world's first health resorts was set up by Herod the Great at the Dead Sea.
In 1920 an engineer Moshe Novmaisky won a concession and established a factory at the northern end of the . The process he used was based on evaporation. As the topography at the north end was not suitable for this purpose, five years later he set up a plant at the southern end of the . By the Second World War this factory was producing about 50% of ’s potassium requirements and about 80% of the requirements of the British colonies, excluding .
The 1948 War of Independence stopped production until 1952, when the Dead Sea Works, Ltd., was established. This, today, forms the basis of a modern industrial complex which markets its products to over 65 countries on five continents. This giant complex provides a living for thousands of families in its immediate area alone. On the Jordanian side the Arab Potash Company also extract millions of tons of minerals from the Sea.
At present The Dead Sea Works produces only a relatively small amount of the full extent of the natural resources in and around the sea. Only a tiny fraction of the sea’s potential in lithium and other elements has been extracted.
Recently, large areas on the banks of the have been cultivated for growing vegetables. You can see them when traveling on the beginning of Kvish 90 as it runs parallel to the . It is claimed by some that some of the hothouses of Gush Katif have moved here.
Health Benefits and Therapies

The area has become an important center for health research and treatment for a number of reasons. The mineral content of the water, very low count of pollen and other allergens in the air, the reduced ultraviolet component of solar radiation, and the higher atmospheric pressure at this great depth below sea level each have specific benefits to health.
For example, persons suffering from respiratory problems from diseases such as cystic fibrosis seem to respond well to the increased atmospheric pressure. Climatotherapy at the Dead Sea is effective for patients with the skin disorder psoriasis since they are able to be out in the sun for long periods of time due to fact that many of the sun’s harmful ultraviolet rays are reduced in the area. Patients with rhino-sinusitis receive Dead Sea saline nasal irrigation and experience significant relief from their symptoms. mud pack therapy with mineral-rich mud compresses can temporarily relieve pain in patients with osteoarthritis of the knees. And these are just a few of the conditions that are treated at the many treatments centers and spas that line the Dead Sea.
The Future of the
In Yehezkel (47: 8-9) and Zechariah (14:8), there are prophecies that the will become a normal lake capable of supporting marine life. At the time of the coming of Moshiach, a trickle of water will start flowing out of the Kodesh HaKodshim. As it gathers momentum the further it gets from the Har HaBais and , it will grow in strength and size. This water will heal the and sweeten it.
Published in the English Update
Posted by Eretz Yisroel in the Lens at 8:18 PM