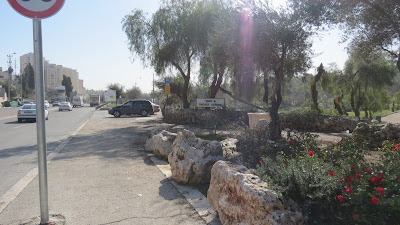 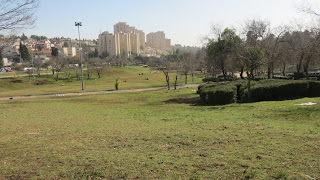 The first thing you notice when initially seeing the stretch of west Jerusalem's Gan Sacher (Sacher Park) is a simple plant,  common over much of the globe but rare in Jerusalem: grass. Located at the bottom of Bezalel Street, not far from the “Knesset’s Hills,” the Museum Row (The Israel Museum, the Bible Lands Museum and the Bloomfield Science Museum) and the Supreme Court Building, the clearly English inspired style park, Gan Sacher, is the largest municipal park in the city. Named after the Jewish-British director of Marks & Spencer, Harry Sacher [(c.1882-1971), who was an active Zionist and a contributor to early drafts of the Balfour Declaration, the park was designed by Yahalom Tzur. 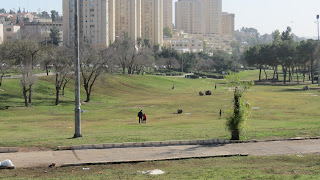 The wide green expanse of Gan Sacher, created around the year 1964, covers approximately 40 acres. Consisting of a few beautiful gardens and lots of grass, it is a lovely peaceful piece of property right in the center of the capital, alongside  and opposite Kiriyat Wolfson and Nachalot.

The park includes two play areas for children; one large and modern, the other old, wooden, and emblematic of a more ascetic  as well as resembling ’s ancient towers, cycle and walking/running paths, and large open fields. The trees and trails that surround the gardens emphasize its size. 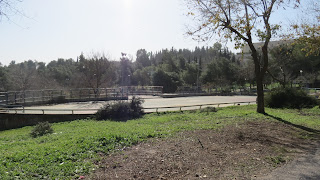 In 2005 the park was renovated and many sporting and leisure facilities for the enjoyment of the public were added. Included in the upgrade were a roller-skating area, basketball court, tennis courts and football fields, soccer pitches, a sports section with exercise equipment for ages 14 and up, and a dog area. 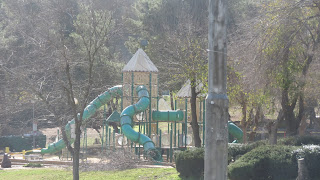 The skateboard park in Gan Sacher seems to always contain an unending number of kids practicing their tricks. The park is friendly for persons with disabilities. Often huge concerts are hosted here, especially during Chol HaMoed.

To the west of Gan Sacher is a cemetery for the soldiers who died in the battles of the War of Independence. The cemetery, which was not used exclusively for fallen soldiers, functioned from 1948 – 1951, at which point the Har HaMenuchos cemetary was opened. The intention was for the Sheikh Bader cemetery to be temporary, until it was again possible to use Har HaZeisim. Unfortunately, that took 19 years to happen. 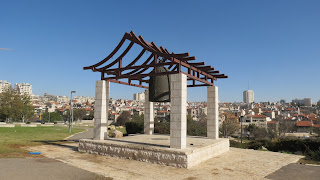 In April of 1996, a large Japanese bell, presented to the city as a symbol of everlasting peace, was placed in the park. Called a Bonsho, it is engraved with inscriptions in Hebrew, Arabic, Japanese, and English, all containing the word “peace.”  It also carries an engraving of a verse from Tehillim 122:  ''Pray for the peace of . Serene will be those who love you.”   A scroll beneath the Bonsho lists the names of the people whose donations made possible the creation and installation of the Bonsho. The bell cannot be properly rung as it has no external striker. 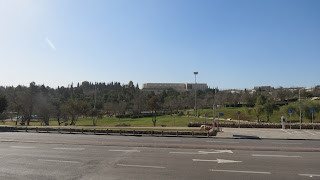 Posted by Eretz Yisroel in the Lens at 11:05 PM