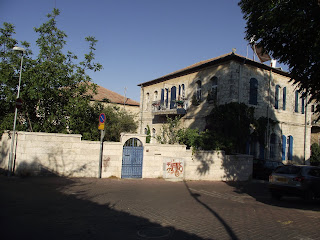 Originally, this street in Yerushalayim was named for the Crusader queen Melisende — who succeeded her father Baldwin II, a knight of the First Crusade in 1131 — as queen of Jerusalem. She ruled for 30 years, till 1161. 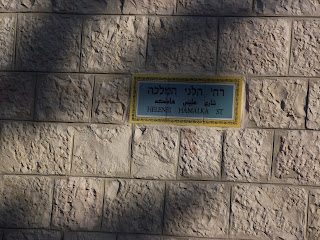 Helenei Hamalka was queen of Hadayev (Adiabene) at time of the Second Beis Hamikdash. She converted
to Judaism and lived a life of exemplary piety. When a famine befell Yehudah, she procured great quantities
of grain and figs from Alexandria and Cyprus, which she distributed. She sat in a sukkah during the festival 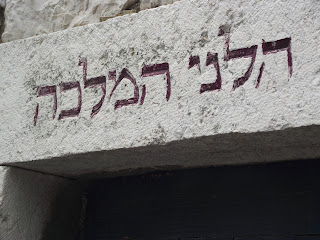 Helenei gave two magnificent gifts to the Beis Hamikdash. Recounted in Yoma (37a and 37b) is a description of the first gift, a golden nivreshes (an elegant, burnished mirror constructed of highly polished gold) that she donated. This hung over the door of the Heichal and was strategically placed so that when the sun’s first rays shone on it in the early morning, it sparkled and everyone in Yerushalayim knew when the exact time when one can begin to recite Krias Shema had arrived. This nivreshes was a rather unusual, but very effective timepiece. 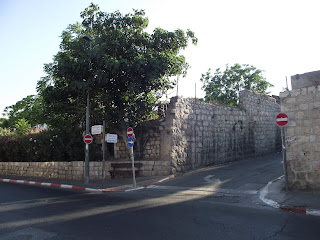 The second gift was a placard made of gold, with the parashah of the sotah ritual inscribed on it. Rechov Helenei Hamalka starts out as a side street off Rechov Yaffo. It goes upward toward Rechov Munbaz, a street named for one of Helenei Hamalka’s sons. It then swerves steeply downhill, until it reaches Rechov Shivtei Yisrael, which transverses it. Theincline of Rechov Helenei Hamalka becomes very gentle as it winds its way downward to meet up with Rechov Haneviim. This last section has magnificent buildings with large gardens on it, and the air reverberates with the sound of songbirds. 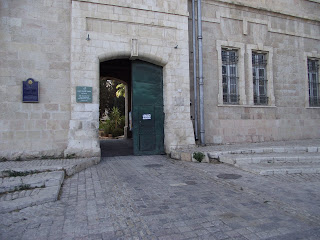 Rechov Helenei Hamalka features a number of interesting buildings. At No. 13 is the Sergei Courtyard. This was recently given over to Russia as a goodwill gesture by Ehud Olmert in February 2009. For years, it housed the offices of Israel’s Agriculture Ministry and the Society for the Protection of Nature in Israel. There are beautiful gardens around the building, with strategically placed benches in shady spots, making this a good place for a short rest.

At 21 Helenei Hamalka is the building that was used to broadcast “The Voice of Jerusalem” during the
British Mandate of Palestine. On Aug. 2, 1939, the I.Z.L. (Irgun Zvi Leumi) blew up part of the building, bringing the broadcast to an end. 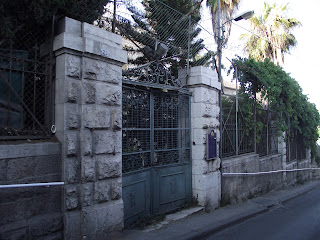 At No. 23 of the street, we find another queen. Empress Taitu, the wife of King Menelek of Ethiopia, had a palace built for herself in this location in 1903. On top of the building is her symbol — a sun and a crown. This home served the Turkish governor. Later it housed the Broadcasting Authority. 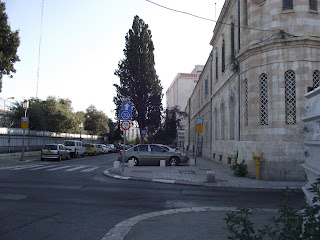 Posted by Eretz Yisroel in the Lens at 1:00 PM