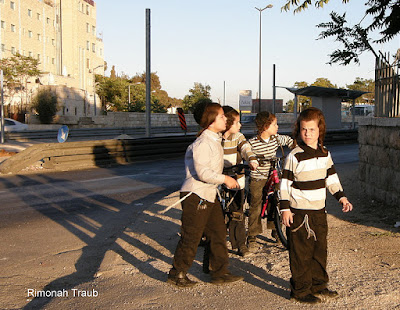 North of Damascus Gate (Shaar Shechem), on Highway One, is the site where Mandelbaum Gate used to be. From 1948 till the miraculous Six Day War, the area of Kvish Chail Handasah (Highway One) was no-man’s-land, full of barbed wire and concrete triangular structures. Shaar Mandelbaum was the only crossing point between Jewish Jerusalem and eastern Jerusalem and, as such, symbolized the divided status of the city. In the 19 years of separation, tourists (mainly Christian pilgrims) and United Nations personnel used Mandelbaum Gate to pass through the concrete and barbed wire barrier between the sectors.

During the 1948 War of Independence, Hebrew University on Mount Scopus and the nearby Hadassah
Hospital remained in Jewish hands, although they were unequivocally over the border, in Jordan. Twice a week, a convoy was permitted to travel to the Israeli enclave on Mount Scopus, through Mandelbaum Gate. Israeli soldiers, disguised as policemen, would travel in the convoy in order to be able to reach Mount Scopus and guard the area. 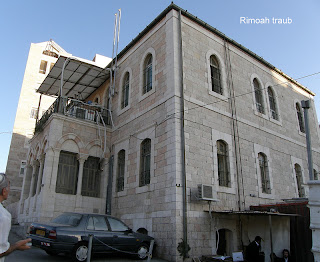 The crossing was named after the four-story mansion of Rav Simcha Mandelbaum which stood close to this site. Rav Mandelbaum built his home on this exact spot because he wanted to extend the northern boundary of Yerushalayim and make sure that a nearby Italian church did not purchase the plot. The villa was buil between 1925 and 1929. When the foundations were dug, they discovered coins from the Bar Kochba period. Engraved on them were the words “Freedom of Yisrael” and “Freedom of Yerushalayim.” Rav Simcha claimed that these coins were proof that the third wall around the Old City extended to where his home stood.

In fact, one of the reasons Meah She’arim, which is close to Shaar Mandelbaum, was built where it is, was
that the organizers calculated that the area is within the ancient walls of Yerushalayim. Initially the colony was planned with a central garden, but this blueprint was abandoned because of the halachah that gardens and orchards are not planted within the walls of Yerushalayim. 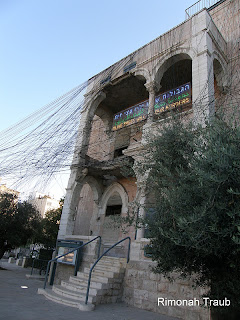 During the War of Independence, the Mandelbaum House was a strategic military stronghold and served the Haganah. In an effort to penetrate Meah She’arim, the Arabs first attacked Mandelbaum House. The Arabs succeeded in partially blowing up the building after the Jewish forces evacuated it. Today the renovated
Mandelbaum House is a Breslover yeshivah.

The area next to the crossing is called Mandelbaum Square. Next to the square, the IDF checkpoint that controlled the gate has been preserved. A sundial in the center of the highway marks the actual plaza through which people crossed from Jordan to Israel and back. The Arab name for the crossing is Sa’ad and Sa’id Crossing — like the mosque that is close by which is named for two very early Muslims.

Across the road from Mandelbaum Gate stood huts occupied by soldiers of Jordan’s Arab Legion. Further on, a building with red rafters housed the Mixed Armistice Commission and continues to be occupied by the U.N. It can be identified by the flag flying over its roof.
Posted by Eretz Yisroel in the Lens at 11:20 AM