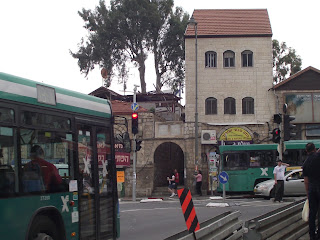 It was unavoidable. You had to be downtown to take care of some things. The hassle and noise, not to mention traffic both human and vehicle, are overwhelming. You go under the archway on Rechov Agrippas opposite Binyan Klal, and step out of the racket of the 21st century and into a different world. 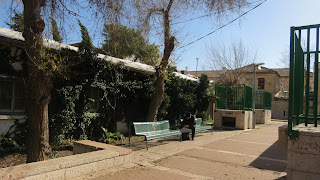 The place you came to escape too from your hectic shopping spree is the tiny weenie park of Mazkeret Moshe in the cluster of 32 neighborhoods known collectively as Nahlaot -the Homesteads.  The Hebrew word nahlaot is the plural of nachala – homestead. Many refer to them today as Lev Ha’Ire, lev equals 32.

It’s relaxing here, even though it’s not really a park and has only one children’s “shoots and ladders” structure and a little rocking horse. Set up opposite the Chabad shul, here in this “parka’leh,” you can contemplate the history of the exodus beyond the walls of the . Today  is so far flung that it is hard to comprehend that its expansion only started about 152 years ago.

Today  is so far flung that it is hard to comprehend that only started about 152 years ago. Maybe we are today witnessing the fruits of thousands of Shemoneh Esreis where Jews requested the building of Yerushalayim. Yes, of couse physical growth is not the aim. We want a  that is Yerushalayim Ircha which according to Rav Avigdor Miller ZZ”L means all the citizens in the city will be Yeray Shamayim fulfilling HaShem’s Will. Nevertheless, we see with our own eyes that our beautiful is Yerushalayim heading in towards this goal. 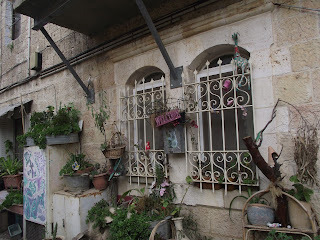 Rav Yosef Rivlin, whom people nicknamed Yasha der Shtetl Macher (Yosef the town maker, i.e. builder) because of all the  neighbourhoods he set up, engineered the construction of Mazkeret Moshe in 1882.

Originally (1877), this area was meant be part of Mishkenot Yisrael where140 homes were to be built. However, lack of funding due to the deprecation of money in the wake of the war between Russia and Turkey and the lack of water (following a heavy drought) to mix the cement in order to build, allowed for only 40 homes to be constructed here. The rest of the plot was sold to the organization of Keren Mazkeret Moshe. A committee in  to honor Sir Moses Montefiore on his ninetieth birthday had set up this organization for building housing in Eretz Yisrael. 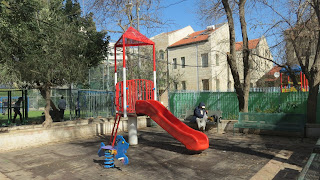 In the original plan, Mazkeret Moshe was meant to be for Ashkenazim, and Ohel Moshe was  to be established alongside it as a Sephardi neighborhood. In those times the accepted thing was that each eidah (community) lived in its own area. But again, the lack of funds changed the original plan.

The Sephardi muchtar Izcak Armosah was approached to provide funds for financing the building of homes in Mazkeret Moshe. (Rav Armosah was the nineteenth generation of his family in .) He agreed on condition that Sephardim were also given homes in this neighborhood. So a quarter that had both Sephardi and Ashkenazi residents was established. 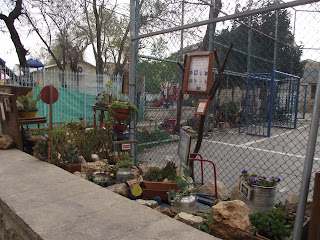 Mazkeret Moshe was set up on taharat hakodesh. The people of the area were reluctant to open businesses, as they feared they might cheat someone inadvertently. However, there was a need for livelihood, and slowly shops were opened in Mazkeret Moshe. Mazkeret Moshe became the hub of trade and craft, and it had a bakery, a carpentry shop, and more.

The buildings were built next to , a principal throroughfare, yet all the façades of the houses all look inward toward the courtyard.

In the late 19th century, Arab marauders and wild animals roamed unchecked in the rocky and uncultivated terrain and living outside the strong city walls built by sultan Suleiman the Magnificent, was quite dangerous and very terrifying. That is why the new "neighborhoods" consisted of a square of one or two story buildings, surrounding a central courtyard with a water-hole in the center. The entrance would be locked and barricaded at nightfall. The few windows on the walls that faced outwards were very small to prevent intruders. 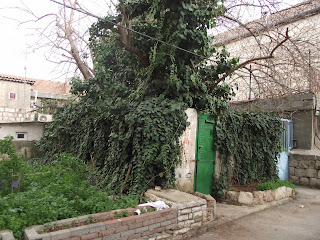 Life was also directed inwardly physically and spiritually. They lived insular lives. The mothers spent their time next to the water cistern as the children played in the chazer.

The whole of the Nachlaot area is a fascinating lesson in the history of . Gentrification (the process of renewal and rebuilding accompanying the influx of middle-class or affluent people into deteriorating areas) is gradually taking over the area, and housing prices have risen steeply. However, in the tiny lanes and alleyways, you will see people living much as they did 100 years ago. Amid the hanging laundry, many pleasant surprises await the explorer-- unanticipated shuls, unpredicted little shops, and even a stained glass workshop.

In Nachlaot, it doesn’t take much imagination to project yourself into  of yesteryear.

Posted by Eretz Yisroel in the Lens at 7:51 AM