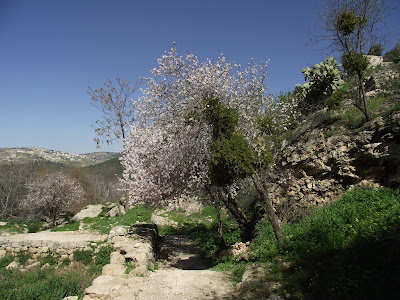 Lifta is located in a valley at the entrance to opposite Givat Shaul, only ten minutes away from the central bus station. 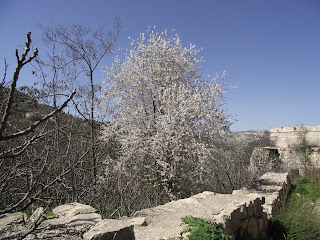 Mention is made of Lifta by  travelers who arrived in ancient . All those coming up to from the direction of the Yaffo seashore area would pass by it. In Sefer Yehoshua it is called ‎Mei Niftoach  and is on the border between the lands apportioned to the tribes of Yehudah and Benyamin.

Lifta, then known as Nephtho, was inhabited during the Roman and Byzantines periods. The Crusaders called it Clepsta. But since this village was four or five kilometers distant  from , it was too far away to be an actual part of the . 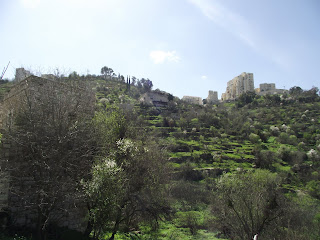 Lifta was one in a chain of Arab satellites-settlements around Jerusalem--; Colonia, Shech Bader, Romimah, Dir Yasin, Bet Yixsa, Bet Channinah-- that supplied the City with produce. At first they sold their wares to the inhabitants of the , and then after 1865, (as the Yishuv expanded beyond the walls) they sold  to the dwellers of the . On Thursday the Arab women of Lifta would clamber up the slopes carrying  enormous baskets on their heads full of dates, onions, olives, sabras, etc, and they would sit on the side of the unpaved streets in Givat Shaul (Rechov Nejara ), Beit Yisrael, and Machane Yehuda, in order to sell their fruits and vegetables. 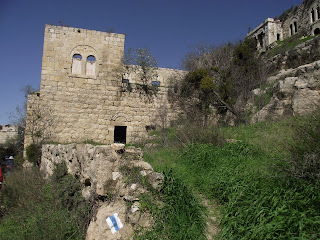 The Arabs of Lifta owned a lot of property. For instance, from the area that is now Romema until Kiryat Belz belonged to them. Also the  was originally owned by Achmad Aga Dijar, a rich Arab from Lifta.  These Arabs sold their lands to Jews who then built the newer neighborhoods of .
In 1929 the Arabs of Lifta took part in the Arab riots, harming and killing Jews. The same happened in 1936. When the Jewish underground was formed, they came to Lifta to teach the residents not to start up with Jews by beating a few of them. 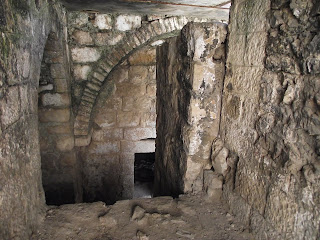 On November 29, 1947, the United Nations voted in favor of the Partition Plan for what was then known as . Lifta, Romema, and Shech Jarach were meant to be international land, meaning it would belong to whoever grabbed it first. The Arabs rejected the Partition Plan outright and  started a siege on .

From December 1st, ambushes by Arabs became more and more frequent, as well as more sophisticated. The Arab gas station owner, who was a resident of Lifta, would inform the surrounding Arab snipers when Jewish convoys were bringing supplies to . The Arabs would then attack the convoys, killing and wounding many Jews. Members of the Lechi retaliated and  killed the informer.

At the beginning of 1948, women and children left Lifta and only the Arab men remained. They would attack busses coming from the city center to Givat Shaul. Eventually the men also fled. The Haganah then blew off many of the roofs of the houses to make sure they would not return to Lifta.

In 1949 waves of immigrants reached the new State, and Yemenites were settled in Lifta. They founded three different Yemenite shuls in the area since they had different minhagim, depending on where they came from in . As a frontier neighborhood with difficult living conditions, Lifta did not prove to be a successful settlement at that time.

Today, there seems to be a lot of building going on in Lifta.  Some of it is to facilitate the “high-speed train” that will take half an hour to reach Tel Aviv, running from the Binyei HaOmah building through , mostly in underground tunnels. On the slope of Lifta the entrance of the tunnel that was dug for the train can be seen as you travel on Kvish Arba.

The building of a planned luxury housing complex at Lifta was temporarily halted in March 2011.  There are about fifty-five, old stone buildings in Lifta. A year and a half was spent just laying foundations in order to safeguard and preserve them. The housing complex,  if built, will surround the preserved Lifta spring and pool, and the old housing will be blended in with the new. 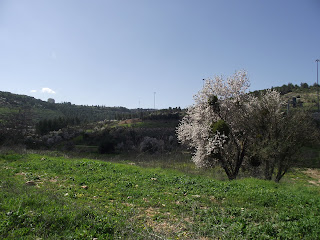 It is also said that an anti-atomic-bomb-shelter is being built in Lifta. There will be easy access to it from the Knesset.

Lifta is a historical corner that until today shows us the way the Bnei Yisrael farmed  from the time they entered the land with Yehoshua. There is a spring whose water is gathered in a pool from which channels are directed to each section of the fields.

Lifta can be explored from different directions. You can start in Gan HaKipod (Ramot Bet) and walk to the spring. Alternately, you  can descend the slope at the entrance of and reach the spring, and then walk to Kvish Ramot. Whatever path you take, the way is beautifully scenic and the smell of the warm grass surrounds you.
Do not forget to bring lots of water and a hat, and do wear good comfortable walking shoes

Published in the English Update 18 August 2011

Posted by Eretz Yisroel in the Lens at 7:08 AM