The Chain of Generations Center© 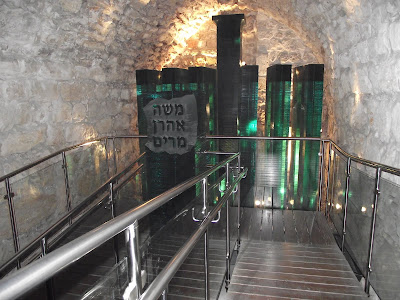 BY VARDAH LITTMAN
When we are zocheh to see a new Jewish couple set up a home, we are witnessing an open miracle. The nes of the survival of the Jewish people is above the laws of nature. The eternity of the Am Hashem has no natural explanation. Our continued existence and endurance is due solely to the protection of the Alm-ghty. 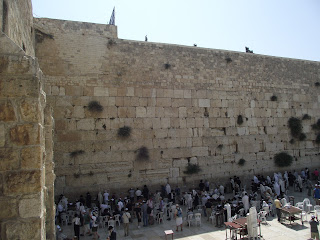 The Kosel Hamaaravi is also a phenomenon that defies all the standard rules of the natural world. But Hashem promised that this wall would survive and it has, despite all the odds against its survival.

No exhibit is needed to observe the eternity of the Jewish People; the best way to see it is by observing them follow the Torah, despite all we have endured throughout the galuyos. Nevertheless, many need an art exhibit to attract them to this truth. It is close to the eternal Kosel that there is an exhibit, called “The Chain of Generations Center” that portrays the eternalness of our nation.

The exhibition, which uses the medium of glass, is found in the subterranean chambers of a Crusader castle adjacent to the western walls. Here, 3,823 years of history is represented in 150 tons of glass, showing 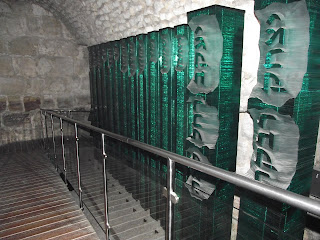 the chain of the generations of the Jewish people, stretching from Avraham Avinu who was born in 1948 (from Creation) till today.

Why the artist Jeremy Langford used glass to represent the about 190 generations of Jews that have been, is up for conjecture. Maybe it is because glass is made out of sand. Hashem promised Avraham Avinu that his children would be
as numerous as grains of sand. Bilam also asked, “Who can count the dust of Yaakov?” So, we see that sand represents Am Israel. But it is deeper than that. Glass is made by putting the sand into an extremely hot furnace. The heated furnace of all that our nation has endured throughout the ages has created who we are today. 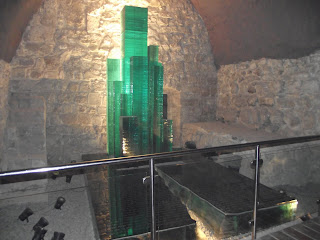 The enchanting and unusual fusion of many creative elements — comprising music, sculpture, archeology, smoke and light effects — creates a masterpiece that delights all the senses. Instead of remaining a spectator, the visitor becomes an active participant who delves deeply into the history of our eternal people.

There are several rooms at the center, each depicting a different period in the chain of generations of the Jewish people, beginning with the Avos and the Shevatim. Impressive works of art are seen in each room, created from layers of glass illuminated by rays of light that shine forth through the darkened rooms. 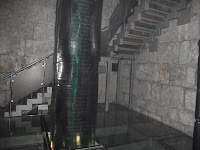 During the construction of the center, fascinating archaeological finds were discovered. These were integrated into the exhibit. The “Room of Yearning” is a unique example of the combination of works of art and archaeological finds. At the foundation of the room is a wall from the period of the First Beis Hamikdash. The walls of the room itself are Crusader walls and there is a Mamluk ceiling. Through the glass floor that was added, one sees a mikveh from the times of the Second Beis Hamikdash. A huge column, rising to a height of nine meters (approximately 29 feet) and containing 2,000 pieces of glass, “sprouts” from this floor. The creation of this work of art required about 15 tons of glass! 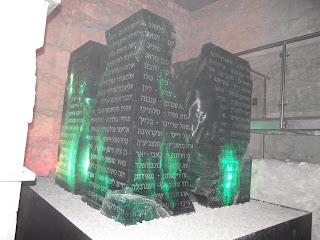 The light-backed Hebrew letters from Divrei Hayamim and other sources that are seen at the center appear as if filled with blazing fire; and their beauty is awe-inspiring. Truly, the experience of “The Chain of Generations Center” is a very moving one. Despite the message given by the center that by establishing the State of Israel we have reached the “Nachalah and Menuchah,” this is of course not the Torah view. We are unfortunately still very much in galus, and are still waiting and praying for the day when this long, agonizing galus will be over. The Beis Hamikdash will stand in all its magnificence and splendor on the Har Habayis. “On that day, Hashem will be One and His Name will be One.” 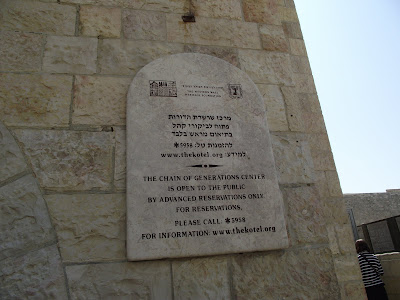 Labels: The Chain of Generations Center