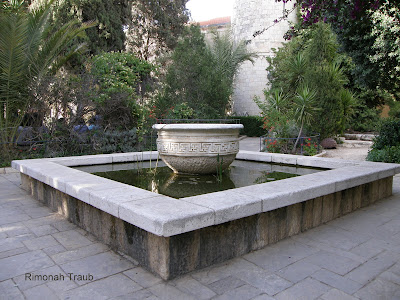 From about the middle of the 19th century, foreign powers competed over who could acquire the most land in Eretz Yisrael. Russian Czar Alexander II bought the plot of the Russian compound in 1860. In 1890, Count Sergei Alexandrovich, the Czar's son, built the Sergei’s Courtyard and the surrounding buildings as a lavish hostel for pilgrims and aristocrats. The British took control of the area after World War I, and jurisdiction over the Russian Compound shifted to when it gained independence in 1948. 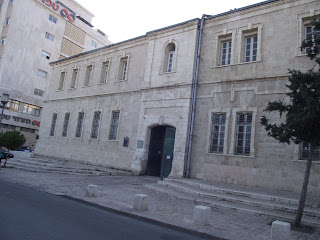 In 1964, the Russian compound properties were purchased by for $3.5 million, which was paid in oranges to .  Sergei’s Courtyard was owned privately by Count Sergei, who had no children, and it was not included in the purchase. The property remained unclaimed as Count Sergei’s next of kin never claimed it. The property laws of state that if property is left unclaimed for fifteen years it is transferred to Israeli ownership. For years it housed the offices of 's Agriculture Ministry and the Society for the Protection of Nature in .

Yet the Kremlin claimed it was acquired by illegally and demanded that it be returned. As a gesture of goodwill Ehud Olmert returned the land to as a gift in February 2009.
Various parties tried to petition the High Court to block the transfer, yet in March of this year, 2011, Sergei’s Courtyard was turned over to , and the government departments housed there were relocated at that time. 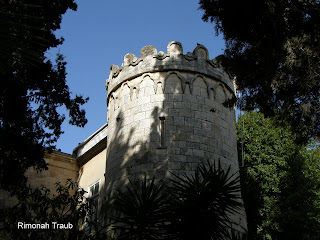 After the communist revolution, the bulk of the Lubavitch collection gathered by Chabad Rebbes from the early 1800s to 1915 was appropriated by the Russian government for the Russian National Public Library in   where it remains. The Chabad movement wanted that the courtyard should not be returned until Rabbi Shalom Ber's collection was returned.  The National Library in  claimed that  should at least give the Ginzburg Collection, one of the world’s largest collections of ancient Jewish manuscripts held in , in exchange for the land.
The lovely garden in Sergei’s Courtyard has strategically placed benches in shady spots, making this a good spot for a short rest or picnic. It has old farming implements, olive presses, and ancient wells on display. The courtyard features tiled roofs with chimneys like those in a Russian town. On either side of the courtyard are two wells covered by iron grids with a water reservoir running between them.
A wonderful game can be played when visiting the courtyard with children. Divide into two groups. Each group will stand at one of the wells and will call to the other group underground though the well.
Sergei’s Courtyard is on Rechov Helena HaMalka 13, off Rechov Jaffo and bordered by Rechov HaNeviim. You can take a 71, 72, or 40 and get off on Rechov Strauss. From there, it’s about a five minute walk. Or you can take one of the buses that travel on Rechov HaNeviim. 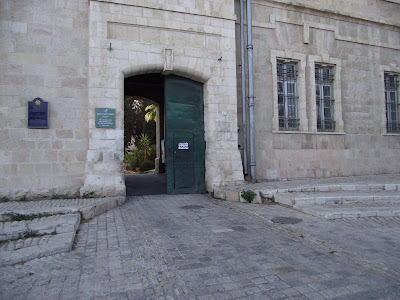 Published in the English Update 24 August 2011
Posted by Eretz Yisroel in the Lens at 9:44 AM