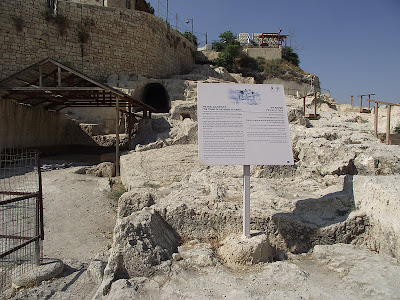 By Vardah Littmann
At the far end of the Ir David excavations grounds is a Roman and Byzantine quarry that is the site of what is thought to be a synagogue from Second Temple Times with the famous “Theodotos Inscription.” 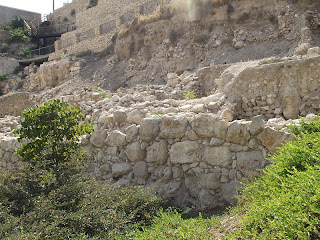 Baron Edmond Rothschild, known as the Nadiv, purchased a large area of land at the eastern hillside of the City of and sent the Frenchman Raymond Weill to excavate there. Weill first came to Eretz Yisrael in 1913 - 1914, and then from 1923 -1924. He was the first Jew to excavate both in and in Eretz Yisrael.

During his first digs, he found what is called the Theodotos Synagogue Inscription, which is written in Greek. This dedicatory inscription on a piece of stone is from a synagogue that existed during the era when the second Beis HaMikdash was standing. It marked the location of a hostel and synagogue. 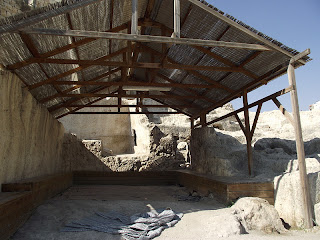 The inscription tells us that a kohen, Theodotos, who was the son of Vettanos, rebuilt (maybe renovated) the synagogue, originally established by his forefathers and the elders. This shul was a gathering place for people and was a type of study hall where the Torah was read, the commandments where taught, and Torah  classes were held.

We are told on the stone slab that Theodotos was a third generation archisynagogos, for it states that he, his father Vettanos, and his grand father, held this position. Researches say that this word signifies “a leader of the synagogue” which probably meant they where the Rabbis of the shul. 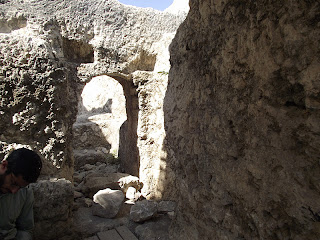 Furthermore, the inscription states that there was a hostel with rooms for lodging for needy strangers. Maybe it also served as a rest station and hotel for the Olei Regel as they entered . It is also written on the inscription that there were water installations in this area. Maybe this refers to the remains of a mikvah which have been found in the area.

Baron Rothschild asked Raymond Weill to investigate and try to find the tombs of the House of David. He discovered two unusually shaped, large rock hewn cavities and claimed that these were the empty tombs of the Kings of Judah. While the suggestion sounds reasonable, specific proof was lacking to prove this theory, and also, we have no mesorah to this effect. There are no archaeologists who accept this theory today.

Published in "the English Update". 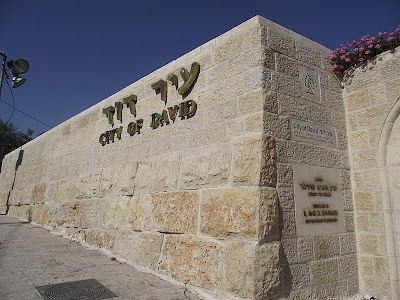 Posted by Eretz Yisroel in the Lens at 8:49 PM